Paediatricians and families in the United States are eagerly waiting to see whether the Food and Drug Administration (FDA) will authorize a COVID-19 vaccine for the nation’s roughly 28 million 5- to 11-year-olds. Yesterday, an FDA advisory committee reviewed data from a clinical trial testing a low-dose version of the vaccine made by Pfizer and BioNTech on children in that age group — and voted nearly unanimously to recommend that the FDA grant the shot emergency approval. 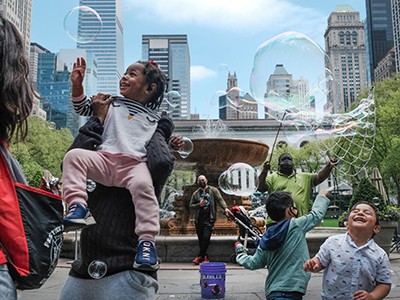 Anticipating that the FDA and the US Centers for Disease Control and Prevention (CDC) will soon give the vaccine the thumbs up, and that distribution to children will begin in the coming weeks, infectious-disease researchers are now looking ahead to how immunizing 5- to 11-year-olds — the largest group of people in the United States not yet eligible for the vaccine — will change the course of the pandemic.

“It will save lives in that age group,” says Emma McBryde, an infectious-diseases modeller at the Australian Institute of Tropical Health and Medicine in Townsville. But it could also have a broader impact, given that many US children aged 5 to 11 have returned to school unvaccinated in the past few months, and the group now accounts for a significant portion of new COVID-19 cases, capable of transmitting the coronavirus SARS-CoV-2 to others. “For every child’s life you save, you may well save many, many more adult lives,” she says.

The benefits outweigh the risks

The FDA advisory panel voted in favour of approval on 26 October, on the basis of clinical-trial data showing that the Pfizer–BioNTech vaccine is about 91% effective at preventing symptomatic SARS-CoV-2 infection in 5- to 11-year olds. Around 4,650 children participated in the trial; nearly two-thirds received vaccine doses that were one-third that of an adult jab (the others received a placebo). In a procedure similar to that used to vaccinate adults with the messenger RNA jab in the United States, kids received two doses, three weeks apart.

For the children tested, the data show that the vaccine is safe. mRNA-based vaccines have been linked to a very small risk of myocarditis, an inflammation of the heart muscle, and pericarditis, an inflammation of the lining around the heart, particularly in young men. But there were no reports of either condition in the 5- to 11-year olds involved in the trial, which is a very encouraging sign, says Andrew Pavia, chief of the division of paediatric infectious diseases at University of Utah Health in Salt Lake City. If the shot were distributed to a larger population, however, regulators would need to watch for any sign of the side effects, Pavia notes. 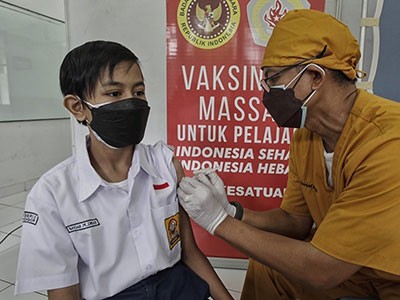 Should children get COVID vaccines? What the science says

Before the advisory panel’s meeting, an independent FDA review of Pfizer’s data evaluated six fictional US scenarios, with varying levels of virus in the community, and found that, for the most part, the benefits of the vaccine “clearly outweigh the risks”. Officials determined that even if virus levels were very low across the country, the overall benefits of the vaccine would probably still outweigh the potential risks of heart problems, because these conditions typically resolve in a few days after vaccination, unlike COVID-19, which can cause death.

Although SARS-CoV-2 is not nearly as lethal in younger people as in older ones — around 440 children aged 5 to 18 have died of COVID-19 in the United States, compared with around 724,000 in all age groups, according to the CDC — the combination of kids returning to classrooms and a surge caused by the highly transmissible SARS-CoV-2 Delta variant resulted in a sharp rise in paediatric cases beginning in late July. Of the 6.3 million US children who have tested positive for COVID-19 since the pandemic began, nearly one-third were diagnosed in the 11 weeks up to 21 October, according to an American Academy of Pediatrics report.

“To me, the impact of Delta on children in this age group makes the risk side of the equation very compelling,” Pavia says. “I don’t think it’ll be a very difficult decision to approve the vaccine.”

COVID-19 infections in the United States have been dropping since September, after the Delta surge. Most modellers expect that trend to continue until early 2022, regardless of whether the Pfizer vaccine is authorized for 5- to 11-year-olds. That is, unless another variant of concern emerges, says Katriona Shea, an applied theoretical ecologist tracking the pandemic at Pennsylvania State University in University Park. “If there’s a new variant, that’s like a slap to the system.”

Shea co-leads the COVID-19 Scenario Modeling Hub, which in September released its ninth forecast of the pandemic’s trajectory, factoring in how a vaccine for children aged 5–11 could affect new US infections and deaths. The forecast, which averages the predictions of nine other modelling teams, shows that although vaccines for kids would lead to lower case counts, “it might not make a huge difference at the population level if we are lucky enough just to stick with the Delta variant”, Shea says. But the data show that if a concerning variant were to emerge by mid-November, inoculating children could make a significant difference to the course of the pandemic in the United States (see ‘A kid effect’).

In preparation for US regulators’ possible authorization of the jabs, the White House last week released a plan to distribute the lower-dose shots to paediatrician’s offices, hospitals and pharmacies. 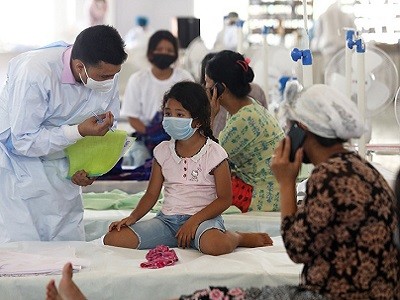 But even if the Pfizer–BioNTech shot is authorized, it remains to be seen how kids in the 5–11 age group will feel about getting vaccinated — and whether their caregivers will allow them to. Mina Fazel, a child and adolescent psychiatrist at the University of Oxford, UK, and her colleagues surveyed1 nearly 28,000 pupils aged 9 to 18 at 180 UK schools and found that the younger children were more undecided than their older counterparts.

The survey also suggested that social media plays a part: pupils who spent more than 4 hours a day on social platforms were less willing to receive the vaccine than were those who spent less time on social media. “We have a generation of young people before us who are engaging with information and learning at an unparalleled scale,” Fazel says, adding that it is more important than ever to tailor public-health campaigns for kids.

What the authorization of a vaccine for US children aged 5–11 might mean globally also remains to be seen. Almost 70 countries have fully vaccinated less than one-fifth of their populations and will probably not vaccinate younger children for months, or even years, to come. But some countries, including Israel, are waiting to see the US regulators’ decision before approving their own jabs.

Other countries, however, are already vaccinating children under age 12. For instance, Chile, China, Cuba and the United Arab Emirates have begun inoculating kids with various COVID-19 vaccines in the past three months. 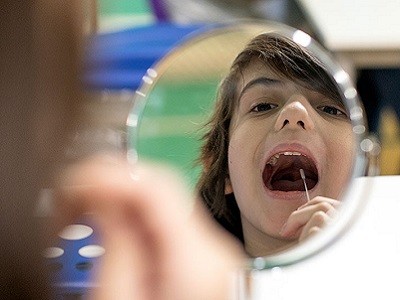 In places where the population has a very low natural immunity to the virus because community transmission has remained low throughout the pandemic, McBryde says, childhood vaccination will be essential. Australia, for example, plans to reopen its international border in November, allowing citizens and permanent residents to leave and enter the country if the vaccination rate in their state of residence has hit 80%. The move will “invite the virus” into the country, McBryde says, so it will be essential to “soften the landing” as much as possible by building up people’s immunity to the virus through vaccination — and that includes children. Shots for children under 12 have not yet been submitted to Australia’s regulators for approval.

On 25 October, vaccine maker Moderna, based in Cambridge, Massachusetts, said that a low dose of its mRNA-based jab for children aged 6 to 11 is safe and effective, but it has not yet applied for FDA authorization. Data on Pfizer’s jab for children younger than 5 is expected by the end of the year, according to a statement the company’s chief executive made at an event run by magazine The Atlantic last month. Moderna is also conducting a trial with children as young as six months old.