As scheduled, Xiaomi has announced the launch of its Mi 4c smartphone today. The China-only device is priced starting at RMB 1,299 ($204), and will be available from September 23 (tomorrow) on Mi.com and Tmall. 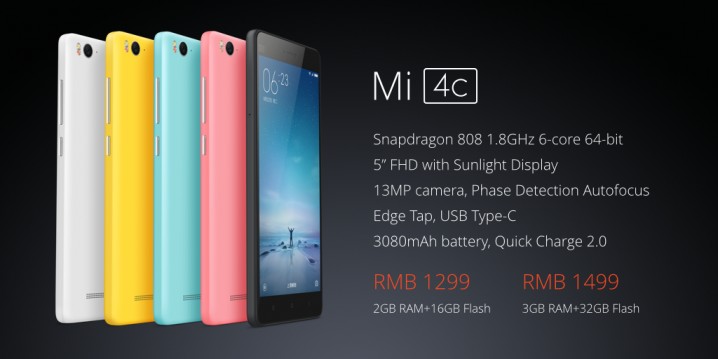 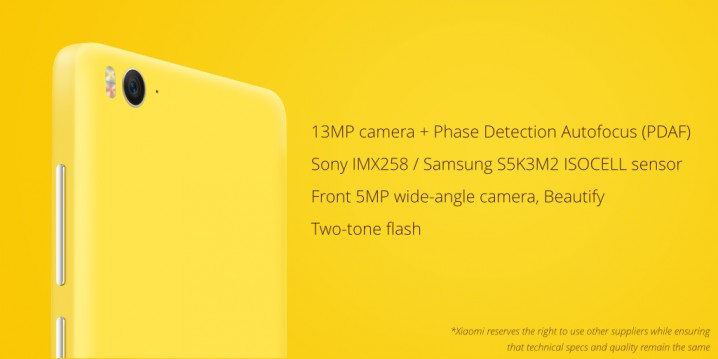 In terms of camera, the Mi 4c features a 13 MP rear unit which supports phase detection autofocus (PDAF), and a 5MP selfie shooter. 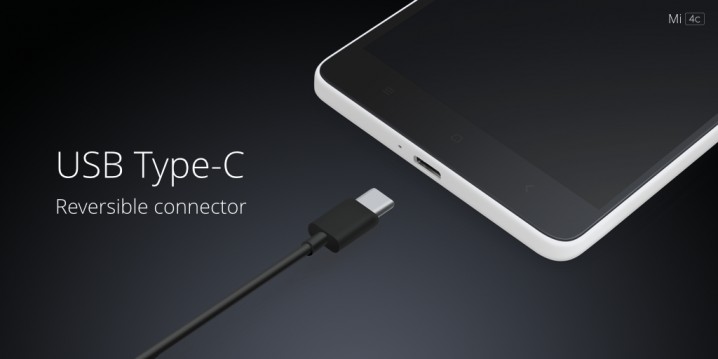 Measuring 7.8mm and weighing in at 132g (which is 11g less than the iPhone 6s), the device packs in a 3080mAh battery, supports Quick Charge 2.0, and features a USB Type-C port having a reversible design. 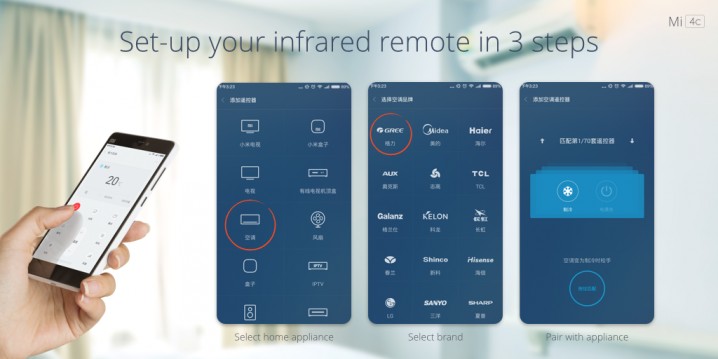 There’s also a built-in IR blaster that the company claims lets you control more than 2000 different appliances, including dSLR cameras, from the device. 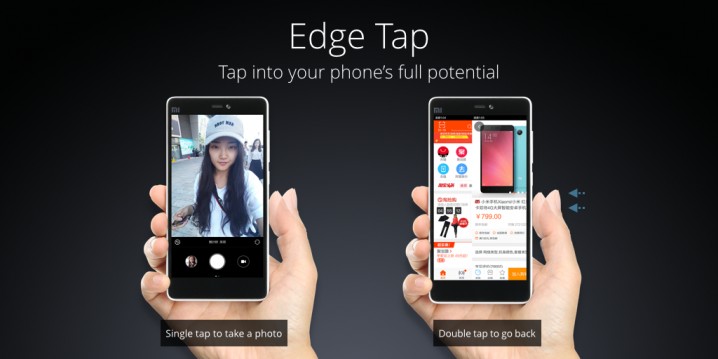 On the software side, the smartphone comes with a new Edge Tap feature that allows it to respond to light taps. As the company explains, “A double tap on one side allows you to go back easily without having to stretch for the Back button, and a single tap on the side while in the camera app snaps a photo.”