Over a week after its showed up on Zauba, a website which tracks India’s import and export, the Samsung device – which is alleged to be the successor to last year’s Galaxy A5smartphone – has received Bluetooth certification from the Bluetooth Special Interest Group (SIG). 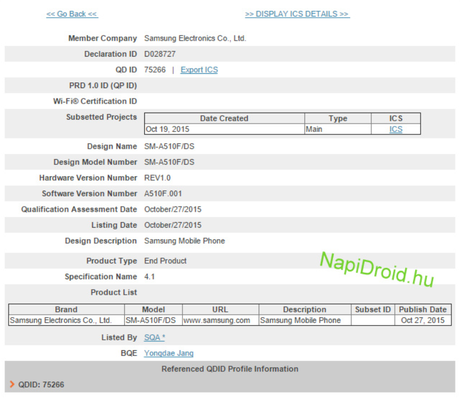 Keep in mind that the reason the new handset is being said to be the sequel to the Galaxy A5 is its model number, which is SM-510F – the A5, in comparison, carries a model number of SM-A500.

From what is known till now, the SM-510F will sport a a 5.2-inch display, compared to the 5-inch screen the A5 features. And the certification now reveals that the device will support Bluetooth version 4.1.
[“source-gsmarena”]