Taking a look back at another week of news and headlines from Cupertino, this week’s Apple Loop includes the ugly iPhone design leaks, Tim Cook pushing back against Qualcomm’s 5G modems, the AIrPods 3 revealed, a recall for Apple’s AC adaptors, speeding up MacBook keyboard repairs, and the loss of ‘One More Thing.’

Apple has provided third-party case manufacturers with ‘moulds’ of the 2019 iPhones (the presumptively named iPhone 11 and iPhone 11 Max) to allow them to get to work on designing peripherals. This also pretty much ‘locks in’ the external design and if you are at all fashion conscious, best look away now. Gordon Kelly reports:

The moulds show both new iPhone models have a huge, protruding, camera module for the new triple lens array while the increasingly outdated large front notch is no smaller, despite Face ID 2.0 components widely understood to be launching in the range. With notch-free designs now popular and triple (and even quadruple) camera designs more subtly integrated by rivals. This is not a good look for 2019.

More on the ugly design here on Forbes. 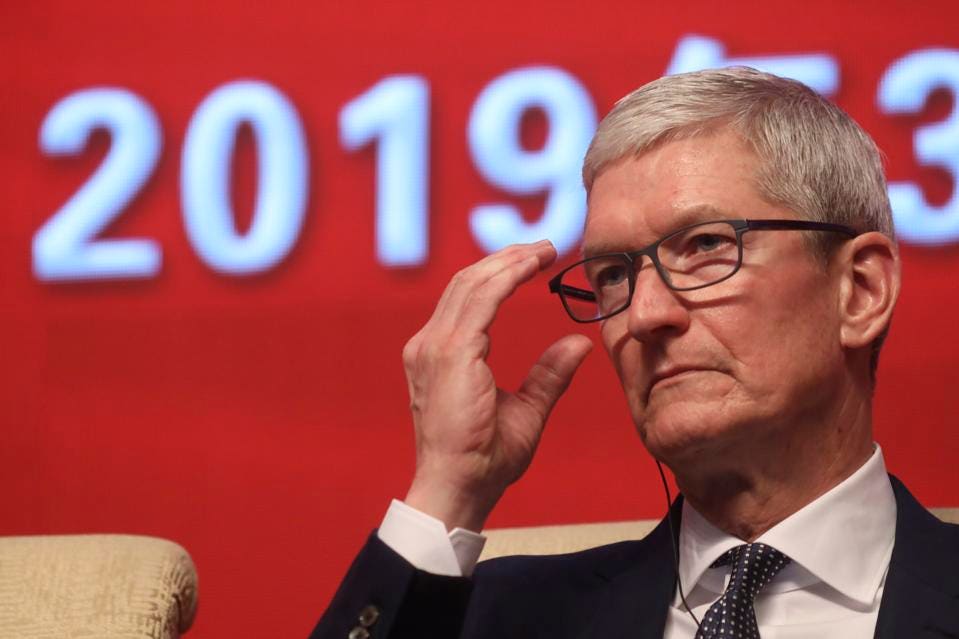 Meanwhile Apple is looking to use Samsung’s 5G modems in an upcoming iPhone. Given the recently signed deal with Qualcomm, it feels like Tim Cook is already trying to get some leverage to lower the price for he 5G modems for Apple’s 2020 hardware. Joe Rossignol reports:

2020 iPhones will support 5G networks, with chipmaker Qualcomm likely to be one of two 5G modem suppliers for the devices after settling its high-profile legal battle with Apple last week, according to analyst Ming-Chi Kuo.

Interestingly, Kuo expects Samsung to be the other supplier in select markets. Apple frequently aims to diversify its supply chain in an effort to reduce risk and have improved bargaining power, potentially reducing its costs as multiple suppliers engage in a price war to secure the lucrative orders.

AirPods To Pick Up Another Update During 2019

Following the update to the AirPods in March, Apple is set to update the wireless earbuds with a substantive release of the AirPods 3 later this year, this time adding noise cancellation. Benjamin Mayo reports:

Mark Gurman at Bloomberg previously reported that new AirPods would highlight noise cancellation and water resistance features. In a tweet, he said he ‘imagined’ that this revision has been pushed back to the 2020 timeframe.

It’s still not clear how Apple will engineer a small earbud-sized product with noise cancellation capabilities, as it has extreme constraints on physical design and battery capacity.

Although only six incidents have been reported, Apple has issued a voluntary recall of a number of ‘three-pin’ AC wall plugs shipped between 2003 and 2010. Mike Wuerthele reports:

…the affected Apple three-prong wall plug adapters may break and create a risk of electrical shock if touched. These wall plug adapters shipped with Mac and certain iOS devices between 2003 and 2010 and were also included in the Apple World Travel Adapter Kit.

An affected three-prong plug adapter is white, with no letters on the inside slot where it attaches to the main Apple power adapter. Apple notes that customers who believe that they have the adapters, the newest of which is nine years old at this point, should visit the support page for the recall. 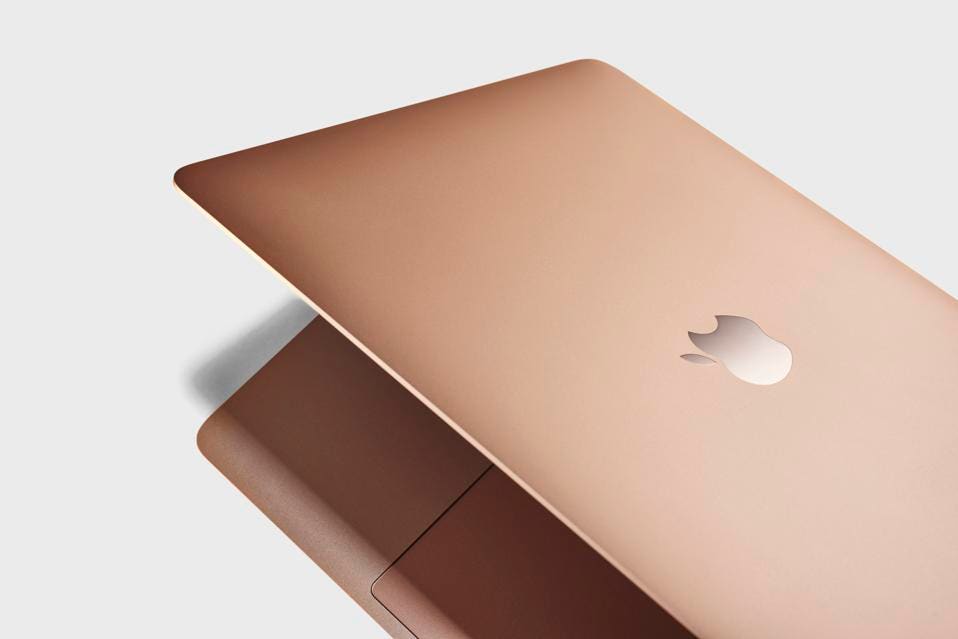 Detail of a 2018 Apple MacBook Air laptop computer with a Gold finish, taken on November 19, 2018. (Photo by Neil Godwin/Future Publishing via Getty Images)

Citing access to an internal memo, the team at MacRumors are reporting that Apple has (finally) priorized repairs of faulty butterfly keyboards on the MacBook range, with the fix to be applied in store rather than shipping the unit off-site. Joe Rossignol follows up on the memo:

Apple did not provide a reason for this change, but the company is known for customer satisfaction, so it could be trying to speed up the process a bit to alleviate frustration.

The turnaround time for MacBook and MacBook Pro repairs shipped to Apple’s off-site facilities has typically ranged between three to five business days, and sometimes longer, so next-day turnaround would be much more convenient for customers if Genius Bars can actually fulfill that ambitious timeframe.

[Patent Office Adrian Richards]… agreed with Swatch that Apple had never used the phrase in connection with any “particular” goods or services and only in presentations. “These words, used once before introducing a particular new product or service of the opponent [Apple], are then never used again in relation to that product or service,” the judgment read.

Patchy and temporary use does not have the character of indication of a trade source. Also weighing heavily against the opponent on this issue is this ordinary meaning that the phrase carries — simply that the speaker is about to say something else. Again, in each of the opponent’s examples.”