Taking a look back at another week of news and headlines from Cupertino, this week’s Apple Loop includes the latest leaked details of the iPhone 11, Apple’s massive mistake in iOS 12.4, FAA bans MacBook Pro, Apple Watch 5 leaked, a new look for iCloud, how to treat your Apple Card with care, and a preview of Apple Arcade.

As the launch date for the iPhone 11 family comes ever closer, the final details are leaking out. There are rumors of the 64GB storage option being removed (which is a good thing), new ‘AI’ software in the am era to recognise objects and surroundings, and a surprising new coating over the whole phone. Gordon Kelly reports, starting with the finish:

In terms of design, [XDA Developers’ Max] Weinbach reveals Apple will give all its new iPhones a matt finish which will feel tangibly different to previous generations (hopefully grippier) as well as a new rainbow shimmer to the Apple logo on the back. The ‘iPhone’ branding is also expected to disappear from the back of the phones for the first time in their 12-year history. 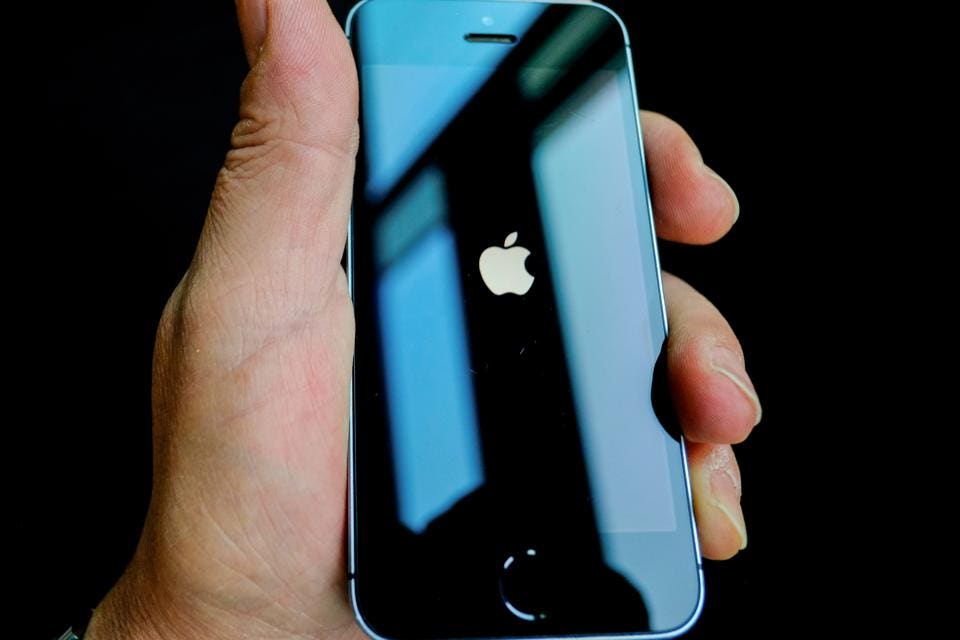 The Apple logo appears on the monitor when an iPhone is booted. Apple offers up to a million dollars in rewards for finding vulnerabilities in its software.  (Photo by Stefan Jaitner/picture alliance via Getty Images)

Apple’s developers made an uncharacteristic error in the update of iOS to version 12.4… they reopened an old exploit and it shipped it off in the update to millions of iPhones and iPads around the world. While the jailbreaking community jumped on the signed slip-up, the exploit highlights a greater danger. Lorenzo Franceschi-Bicchierai reports for Motherboard:

“Due to 12.4 being the latest version of iOS currently available and the only one which Apple allows upgrading to, for the next couple of days (till 12.4.1 comes out), all devices of this version (or any 11.x and 12.x below 12.3) are jail breakable—which means they are also vulnerable to what is effectively a 100+ day exploit,” said Jonathan Levin, a security researcher and trainer who specializes in iOS, referring to the fact that this vulnerability can be exploited with code that was found more than 100 days ago.

I wrote about some of the impact this could have on Forbes:

Given Apple was made aware of this bug over 100 days ago by Google’s Project Zero team, there’s probably a good chance that elements not friendly to Apple’s ethos of user security will be aware of the issue and potentially using it quietly in the background. In the meantime, if you are on iOS 12.3 do not upgrade to 12.4 to stay protected over the next few days.

More on the exploit here.

Last week the FAA alerted airlines to remind them that electronic devices with recalled batteries were not to be flown, with a pointed nod towards Apple’s recall of the MacBook Pro 15-inch for battery issues. So what does that mean for owners of the largest (for now) macOS laptop? I looked at the issues earlier in the week:

The awkward twist is that this is not a blanket ban on the MacBook Pro 15 inch models purchased between September 2015 and February 2017 years, or even those purchased between those dates which are affected by the recall… strictly speaking it’s the ongoing FAA ban on airlines carrying any lithium-ion battery that has been recalled by any manufacturer of any piece of consumer electronics.

That means if your MacBook Pro is part of the recall but has had a new battery fitted, then it’s good to go and can be taken into the air. Which is where the potential for madness and awkward discussions at the gate can kick in.

More on the ban and the implications here.

Last week the launched date of the iPhone was ‘leaked’ through the graphical resources found in the latest beta of iOS (which the new iPhones will run out of the box). Taking a closer look at the latest beta of watchOS (which the fifth edition of the Apple Watch will run out of the box) we find more resources that suggest Apple is working on a titanium version of its wearable. David Phelan looks at the evidence:

Apple has never refreshed an existing Apple Watch in a new metallic livery, but has always saved its new designs exclusively for its latest models.

And I find it unlikely that Apple would want to create a Watch with a new outside and not refresh the insides as well. It’s true that the company has in the past added an extra color to the iPhone, specifically Product(Red), but never this late in the annual cycle, so I find it doubtful that that’s what’s happening here.

My guess is that we’ve just had a glimpse of what the next Apple Watch is going to be made of. 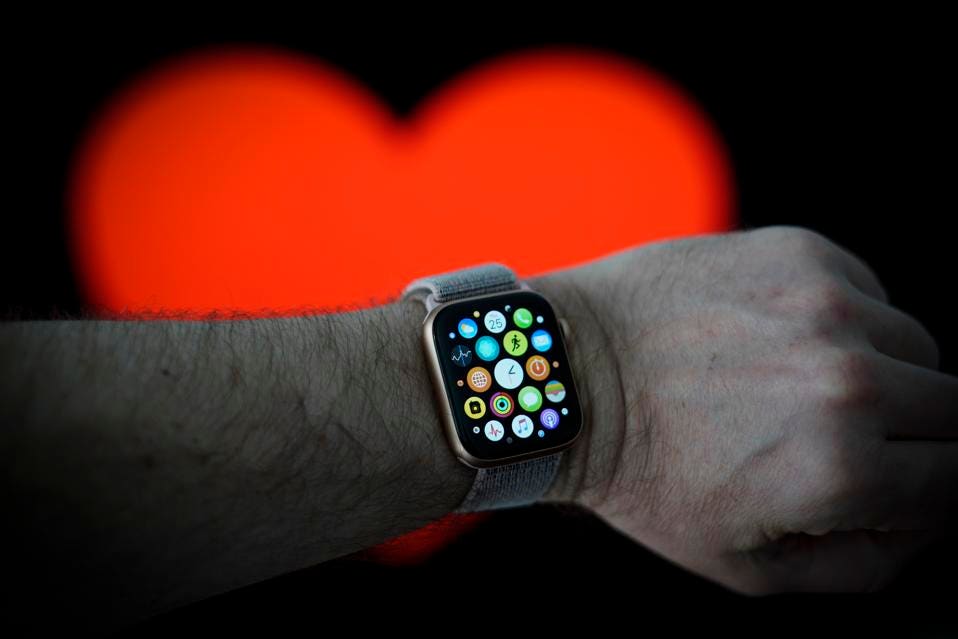 Applications are seen displayed on the home screen of an Apple Watch in this photo illustration in Warsaw, Poland on April 25, 2019. (Photo by Jaap Arriens/NurPhoto via Getty Images)

Whether it is part of the increased focus on software and services, someone feeling the need to change the colors, or a new branding exercise ahead of the new iPhones, Apple’s iCloud service has picked up a bit of a visual refresh in the latest beta. Juli Clover reports:

The beta version of iCloud.com has a plain white interface with smaller icons, and rather than a Settings app, there’s now an “Account Settings” section. Most of the beta iCloud apps are identical to the iCloud apps available through the standard iCloud.com website, with Mail, Contacts, Photos, Notes, iCloud Drive, Pages, Numbers, Keynote, Find Friends, and Find iPhone unchanged.

…The new version of iCloud.com will likely go live following the launch of iOS 13 and Apple’s other new software this fall.

How To Treat Your Apple Card

The Apple Card app has a glorious and seductive interface, but with a higher APR, lower limit, and fewer perks, who is the card for? Looking beyond ‘Apple’s fans who want a metal card with a logo’, the real value of the card is to Apple’s walled garden vision of its community. Once you are in the card’s ecosystem, you’re going to need an iPhone to make the most of the limited opportunities. Raymond Wong reports:

Think about it: You use an Apple Card to make purchases, get Daily Cash back to then either send to your friends over iMessage or spend on other Apple stuff (products, services, etc.). The digital credit card itself is managed entirely through your iPhone, which makes it all but impossible to get an Android phone in the future.

And because Apple Card incentivizes you with the most cash back to buy products and services from Apple, you’re more likely to subscribe to Apple Music instead of Spotify or buy iCloud storage instead of Dropbox. You might even be tempted to get an Apple Watch (if you don’t already have one) because you can use it to buy things with Apple Pay.

More at Mashable. But you know it’s going to get dirty, right? As I pointed out this week, Apple’s rules on how to protect your Apple Card makes the financial friend sound like a gremlin:

If you can’t keep all the rules in mind, just remember Gremlins. Don’t let your card get wet (“Don’t use window or household cleaners, compressed air, aerosol sprays, solvents, ammonia, or abrasives to clean your titanium Apple Card”), don’t expose your card to sunlight (“Store your titanium Apple Card in a wallet, pocket, or bag made of soft materials.”) and never let your card touch another midnight (“Place your card in a slot in your wallet or billfold without touching another credit card. If two credit cards are placed in the same slot your card could become scratched.”)

More on the Hipster card here.

Apple’s subscription gaming service, Apple Arcade, is currently undergoing closed (but announced) beta testing and the team at 9to5Mac have signed up to the monthly ‘all you can play’ service ahead of an expected public launch later in the year. Guilherme Rambo reports, starting with three of the highlighted games:

Way of the Turtle: “Play as two curious turtles lost on a cursed island in the middle of nowhere. Obtain shells containing special powers such as dash and attack to defeat enemies and overcome different challenges”.

Down in Bermuda: “Adventurous aviator Milton left his loving wife and daughter to voyage across the Atlantic on the journey of a lifetime.”

Hot Lava: “Hot Lava transports you back to your childhood imagination. Relive those moments of excitement, joy and chaos. Run, jump, climb and surf in first person across nostalgia-packed environments flooded with hot molten lava.”

Apple Loop brings you seven days worth of highlights every weekend here on Forbes. Don’t forget to follow me so you don’t miss any coverage in the future. Last week’s Apple Loop can be read here, or this week’s edition of Loop’s sister column, Android Circuit, is also available on Forbes.