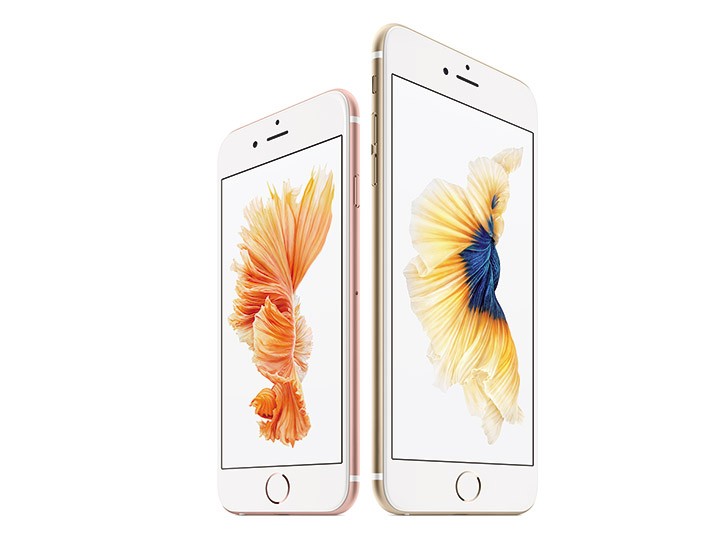 At today’s Apple event the company pulled the wraps off the iPhone 6s. The phone keeps the exterior of its predecessor, but features all new internals and some nice new extras. Those include a new processor, updated cameras at the front and back, and a pressure sensitive 3D Touch display.

In addition to multitouch, the new iPhone 6s recognizes force. It works on the homescreen and gives you shortcuts on the stuff you do frequently. Pressing lightly on an email thread, gives you a preview of the message, for example. 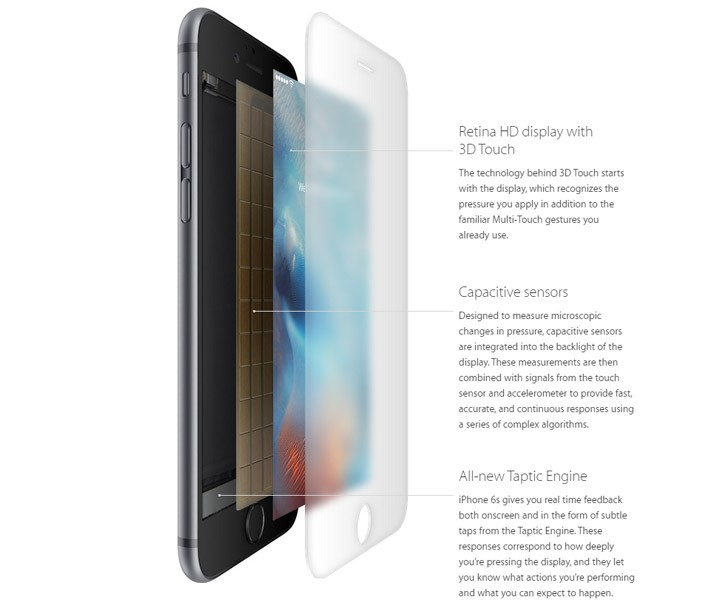 It also provides distinct and tactile feedback to your presses. Under the display, there’s a vibrating “Taptic engine”, which is similar to the one found on the Macbook trackpad and on the Apple Watch.

Otherwise, the display is the same 4.7” Retina display found on the iPhone 6.

Debuting on the iPhone 6s is the Apple A9 chipset. It’s the company’s third generation 64-bit chipset and offers up to 90% faster console-class GPU as well as up to 70% faster CPU performance, according to the company. It also offers new transistor architecture, which Apple is yet to expand upon. 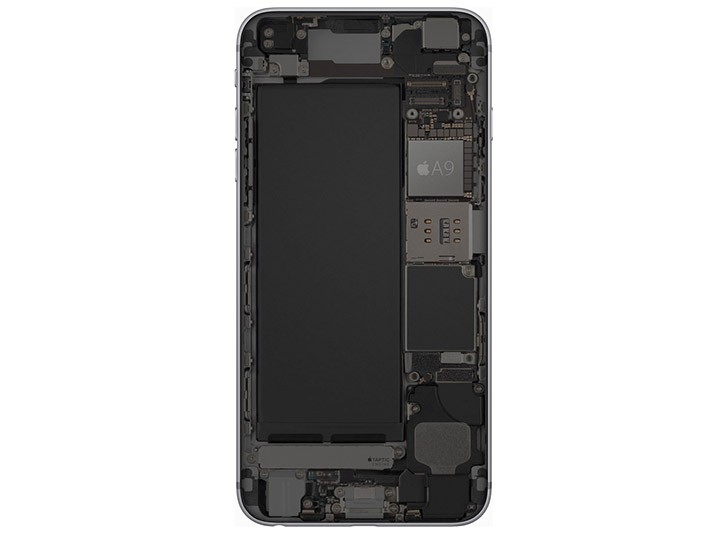 The M9 co-processor is also updated. However, we’re yet to find out how it has been improved. 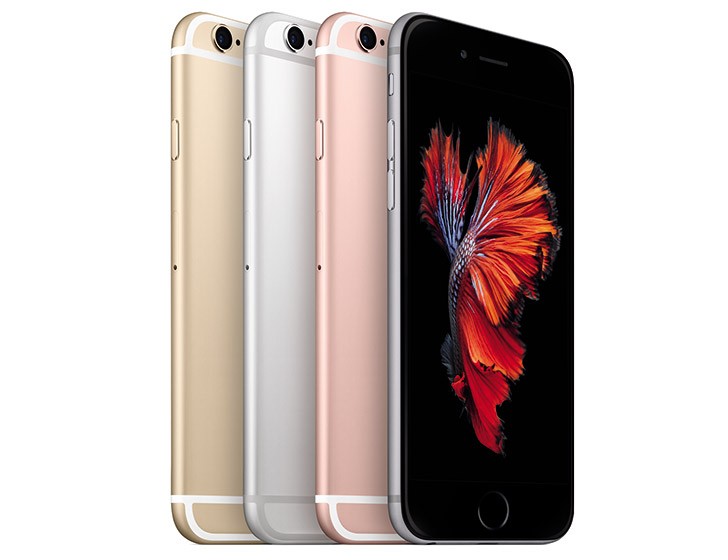 The new 12MP camera can now shoot 4K video, too.

Interestingly, the front-facing camera is now 5MP and uses the LCD display as a true-tone flash. There’s a special chip inside the iPhone 6s, which drives the display up to 3x brighter in order to provide the best possible lighting for your selfies.

It’s two times faster than the first generation TouchID, as per Phill Schiller.

The iPhone 6s ships with LTE Advanced as well as twice as fast Wi-Fi. The latter is probably thanks to MiMo antenna technology inside, but that hasn’t been confirmed just yet.

Apple also unveiled new accessories – a bunch of leather and silicone cases. There’s also a new charging dock, which will be offered in the same four colors as the iPhone 6s.

Pre-orders start September 12, while sales commence on September 25. The phone will launch in the US, UK, Australia, Canada, China, France, Germany, Hong Kong and Japan. 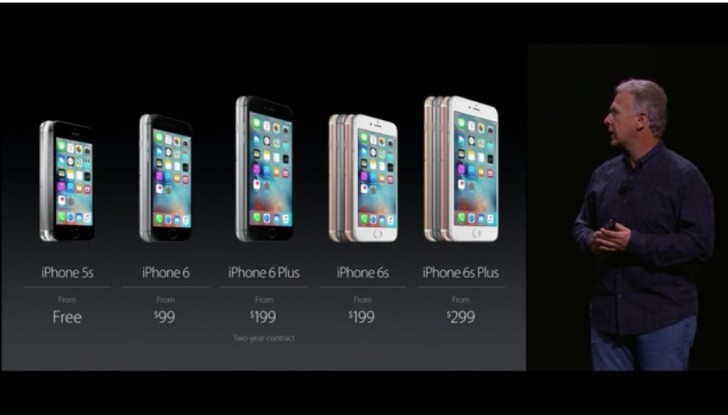