With the Apple iPad Pro and iPad mini 4 now official, the company also slightly updated the pricing of some of its other slates. The latter is comprised of the iPad Air 2 internals fitted into the casing of the iPad Mini. 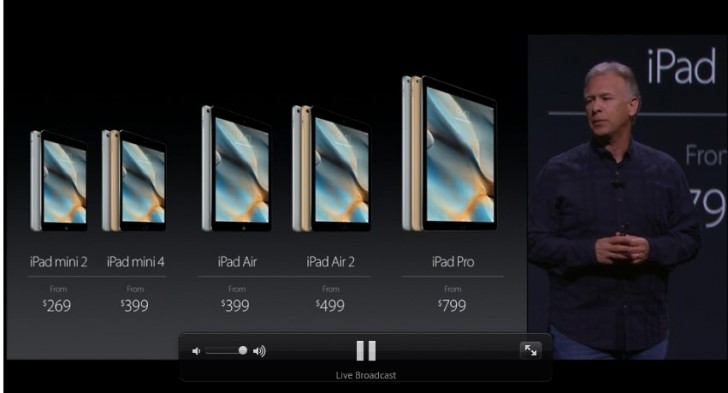 The entry-level iPad mini 2 has had its price dropped to $269 for the 16GB model, while the iPad mini 4 now retails at $399 for the same storage. The base iPad Air costs the same, whereas the Air 2 retains its $499 asking price despite getting no update this year.

Stay tuned for pricing outside the US as it becomes available.