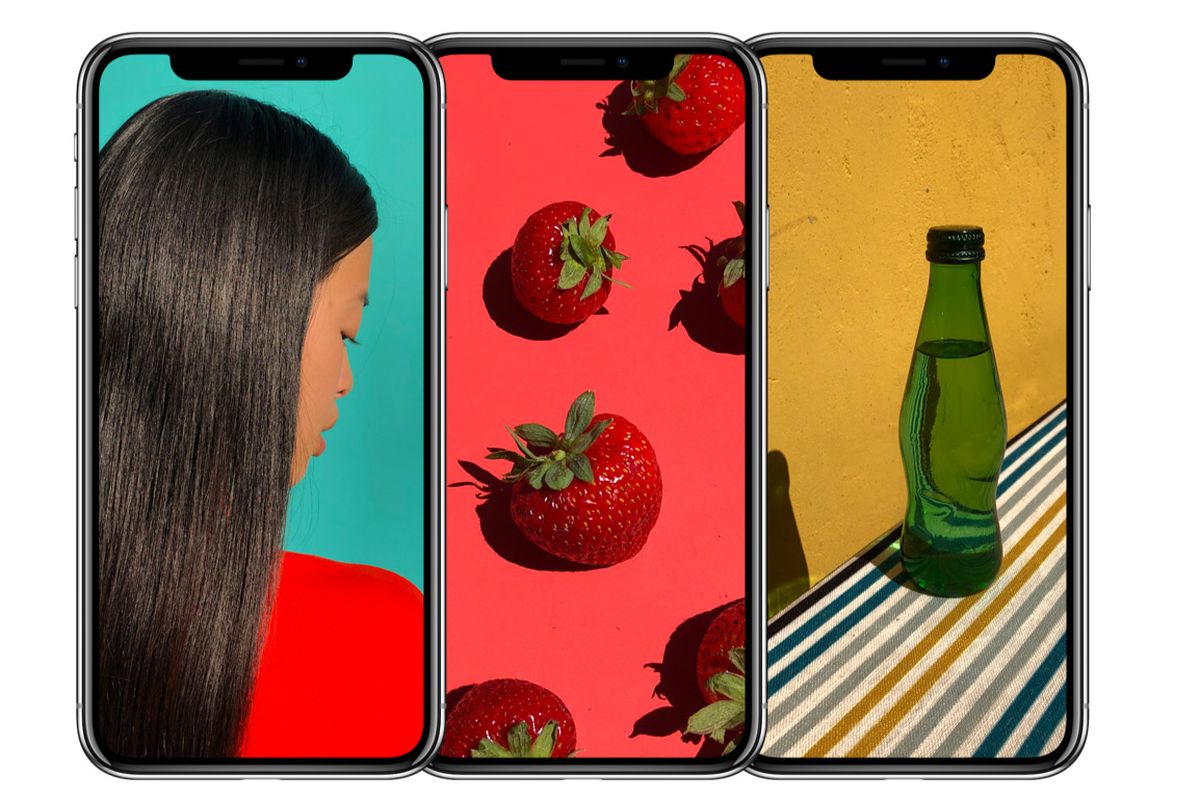 Draw me an iPhone.

The lines may be squiggly, the rounded corners imperfect, but almost everyone you pose this challenge to will present you with the shape of a rectangle containing another rectangle sat atop a circle. The iPhone’s silhouette is the most iconic outline in all of modern technology, recognized by even diehard Android fanboys and featured on the side of “Made for iPhone” accessory boxes around the world. It’s a brand and a logo in its own right.

Now, after 10 years of the home button and big bezels, Apple is giving us something new. The notch. The monobrow. The annoying black protrusion getting in the way of your photos and videos. However you choose to see the black cutout housing sensors at the top of the new iPhone X, you will most definitely see it. And Apple wants it that way.

Instead of trying to design its way around the notch — which could have been done by distributing the iPhone X sensors more widely in a slimmer, full-width top bezel — Apple chose to have it there. There’s no doubt that you need to have at least some space for a front-facing camera and various sensors at the front of the phone, but the Xiaomi Mi Mix, Galaxy S8, and LG V30 have all shown you can have the sensors and still not intrude upon the main screen. Apple took a design limitation and decided to lean into it: as with the Essential Phone’s signature camera cutout, the iPhone X sensor array is cut out from the screen deliberately and purposefully.

Apple’s awareness of the importance of the iPhone silhouette is signaled on the company’s own website. It uses that shape as an asset and identifier for its devices when it sells them. The company, widely recognized for being the best at marketing its products, is now giving the world another universally recognizable feature (and an amusing pun) in its top-notch design. Even on the most minimalist iPhone that Apple has ever designed, there’s a little departure from the norm to give it a signature Apple look.

I’m not arguing that the notch is beautiful or a genius design flourish. It’s neither of those things, but it doesn’t have to be. The most recognizable voices on radio are rarely the ones that sound like “radio voices” — as fans of the late, great Pittsburgh Steelers commentator Myron Cope will attest. It’s sufficient for it to be merely recognizable.

Another sign of Apple’s embrace of the notch comes from its design guidelines for app developers, which explicitly ask that you “don’t mask [or] attempt to hide” the notch by putting black bars around it. This is the biggest difference between what Apple is doing now and what others, such as Motorola with its “flat tire” look on the Moto 360, have done in the past. Moto was embarrassed by it and generally tried to act like the bottom sliver of its Android Wear smartwatch wasn’t an inert, useless chunk of display housing sensors. Apple, on the other hand, is saying, we have a bar of very important technology up in here and we’re proud of it.

“A tiny space houses some of the most sophisticated technology we’ve ever developed, including the cameras and sensors that enable Face ID.”

The primary instinct with much of industrial design in consumer electronics is to make the tech seem organic and invisible. To humanize it as much as possible. That certainly defines more than 90 percent of what Apple has done with the iPhone X. But there’s that tiny little bit of the design that the company decided to turn into a branding and marketing identifier, and that’s the notch. If you want to know why Apple marketing is the best in the world, it might be because the Cupertino company lets it sneak into the design process. This is a company that is consciously trying to fashion out iconic products with iconic features.

SAMSUNG HAS ALREADY PATENTED ITS OWN NOTCHED SCREEN DESIGN

Apple could have spent the past half decade gradually slimming down the bezels around its iPhone, much as the majority of its Android rivals have done by evolving the design of their handsets. But Apple persevered with the look that was faithful to its original iPhone silhouette. (Incidentally, Sony has done a similar thing by sticking to its Xperia design, with the distinction being that Apple sells hundreds of millions of units per year whereas Sony just sells hundreds.)

Even if we think the new Apple hallmark of the screen cutout is super dumb, it’s likely to be copied by Apple’s competitors just as the home button and overall iPhone shape have been over the years. Samsung has already patented its own notched screen design in Korea. It’s a different shape, but the premise is the same: standing out from the crowd by cutting into the screen.

Jony Ive, the longtime chief of Apple design, introduced the iPhone X by saying Apple’s goal has always been to have a phone that’s all screen and nothing else. If you peruse the company’s patent applications, you’ll find a litany of technological explorations of “hidden” sensor tech (such as a camera) that sits behind the screen. Apple is even reported to have pushed back iPhone X production by a month in its desperate efforts to integrate Touch ID under the device’s display. Ive is perfectly sincere when expressing Apple’s ultimate design goal, however technical limitations are clearly forcing his team to make a compromise. So what Apple chose to do was lean into that compromise and turn it into a branding asset.

The iPhone X is billed, in typically hyperbolic Apple language, as “the future of the smartphone.” It’s most certainly the future of the Apple smartphone, and if it becomes as iconic as its predecessor design, we’ll be seeing that notch for many years to come. At least until Apple figures out the hardest challenges of hiding everything from the front of its phone and leaving us with just a beaming, beautiful display of poop Animoji.