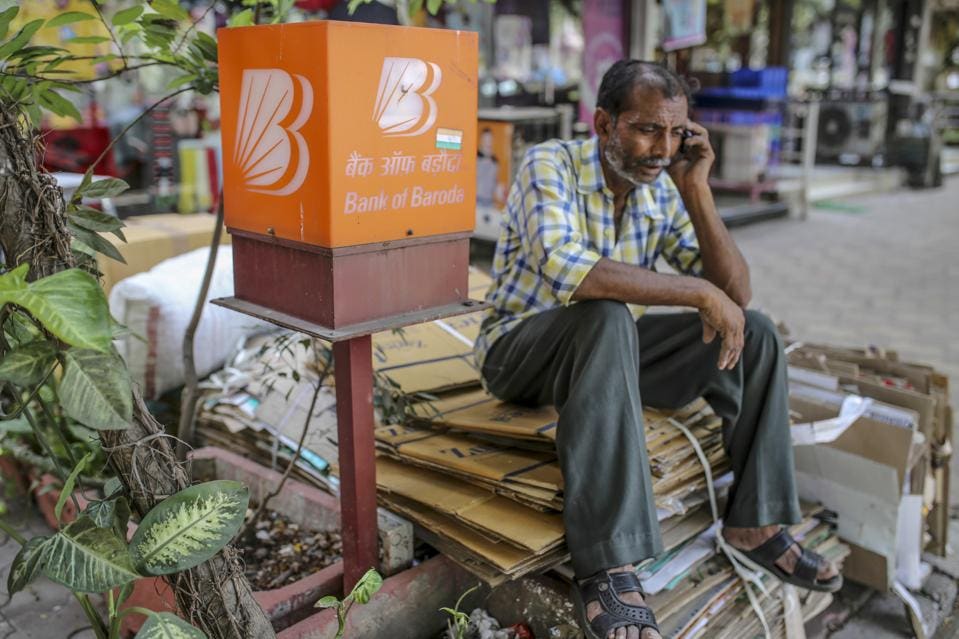 A man uses a smartphone next to signage for Bank of Baroda in Mumbai, India, on April 21, 2018. (Dhiraj Singh/Bloomberg)© 2018 BLOOMBERG FINANCE LP

As HTC struggles to carve its niche in India, the Taiwanese handset maker is looking to expand by licensing its brand name to makers of phones and other devices in the world’s third largest smartphone market, the Economic Times of India reported March 8. HTC is holding advanced talks about brand licensing with Indian smartphone vendors Karbonn, Lava and Micromax, the news website adds.

“It is a good move by the brand, as HTC is unable to compete in the Indian market due to strong competition from Chinese players,” says Anshika Jain, a research analyst with Counterpoint Research in India. If HTC picks partners with solid backgrounds, Jain adds, the synergy “could help HTC retain some of the profits in the form of royalties.”

An HTC spokesperson at the company’s Taiwan headquarters doesn’t rule out the prospect, saying March 11 that “we are looking at strategic options for the Indian market” with more announcements to come.

Why and how the brand license will help HTC sell

In India, just over 400 million people already use smartphones and HTC can can appeal to consumers in the 10,000 rupee ($145) handset category, a fast-growing market segment given intense competition from Chinese smartphone markets Xiaomi, Oppo and Vivo. The smartphone user population is expected to double by 2022, this news report says.

The company is always searching for a boost in business. HTC has lost global market share since a peak of 11% in early 2011. Android-dependent peers such as Samsung outdo HTC on marketing, says John Brebeck, senior adviser at the Quantum International Corp. investment consultancy in Taiwan. HTC also has weathered two rounds of layoffs and been kicked off Taipei’s blue-chip stock index amid financial losses going back to 2014. Though the company reported its first annual profit in four years in 2018, that was due largely to one-time gains following the sale of its smartphone design business to Google.

Chinese smartphone brand Xiaomi leads peers in India with a 27% market share in the fourth quarter of 2018, according to Counterpoint data. Samsung came in second, followed by two other Chinese brands. Micromax ranked fifth with a 5% share. HTC didn’t make the list.

“India is the world’s third largest smartphone market and growing much faster than the bigger two, U.S. and China,” says Neil Mawston, executive director for wireless devices with market research firm Strategy Analytics in the U.K. “HTC should really have pushed harder into India two or three years ago, when the market was growing faster and much less crowded.”

HTC’s brand still has a ring in India. It’s also got role models for brand licensing. The Canadian owner of once more prominent Blackberrydevices is letting New Delhi-based developer Optiemus Infracom design, make and market the phones in India as well as for three other South Asian countries. “To compete against big guys, you need to be domestic and liked,” Brebeck says. 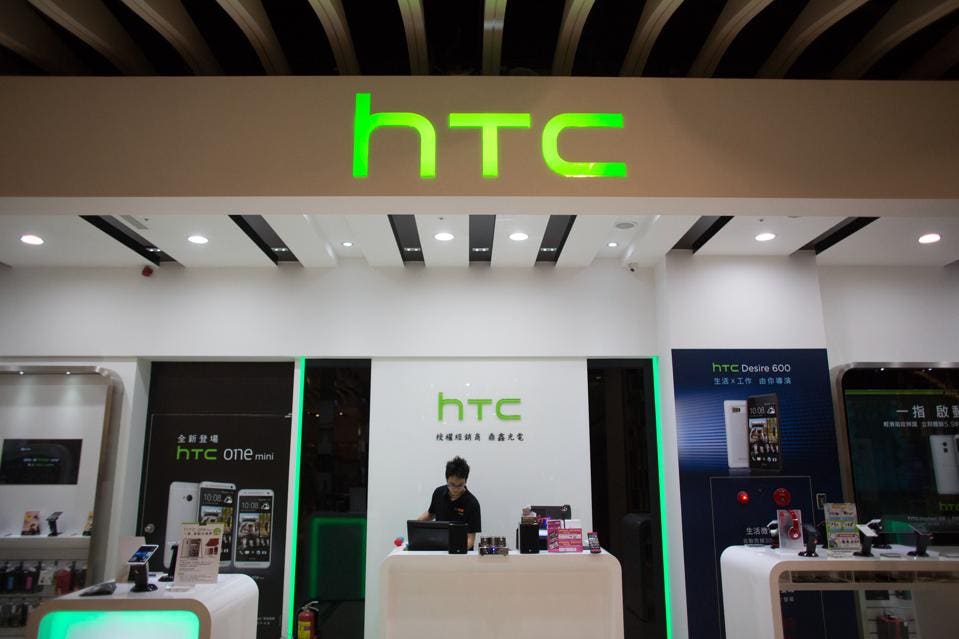 A HTC Corp. logo is displayed at one of the company’s stores in Taipei, Taiwan, in 2013. (Lam Yik Fei/ Bloomberg)Â © 2013 BLOOMBERG FINANCE LP

Another former mobile phone titan, Nokia, has banked on licensing its brand to Finnish firm HMD. A subsidiary of the world’s biggest contract electronics assembler Foxconn Technology owns 6% of HMD and manufactures the phones. The venture has outperformed some expectations.

HTC itself has tested like-minded partnerships before. It developed a Nexus tablet for Google in 2014 and in January last year sold its original design manufacturing business which has 2,000 elite smartphone-savvy employees to the Silicon Valley software icon. The sale was expected to help Google make its Pixel smartphones. Google sees HTC “as a loyal partner” that believes in its smartphone R&D and manufacturing expertise, Jain says.