Back in the days, when the BlackBerry Priv was just a rumor, the usually reliable leakster @evleaks revealed that the device – which was known then as the Venice – will be available on all four major US carriers. While none of the carriers have yet mentioned their launch plans for the handset, a Verizon variant has been spotted online. 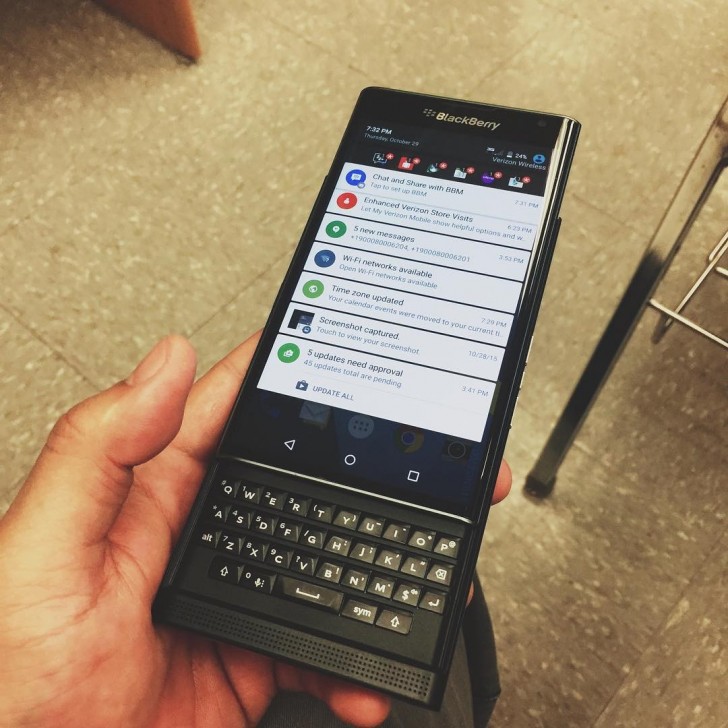 The above image, which was shared by a user on Instagram, clearly shows the device is running on Verizon’s network – see the top right corner of the screen. What’s more, there’s also a notification that reads Enhanced Verizon Store visits.

Of course, a random image like this cannot ensure in any way that a Verizon variant of the Priv will indeed be available, let alone when and for how much. However, for existing Verizon customers, it could be a ray of hope, given that the Priv model which is officially up for pre-order in the US isn’t compatible with the Big Red, as well as other CDMA carriers like Sprint and US Cellular.
[“source-gsmarena”]