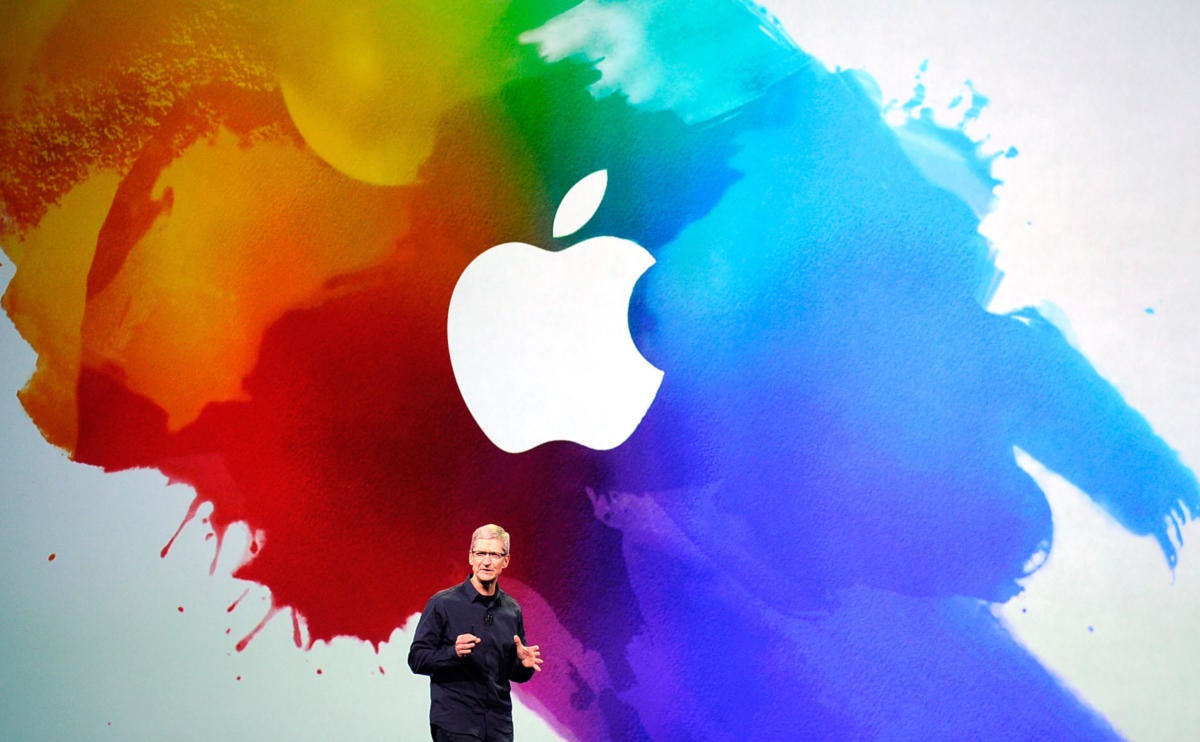 An inside look at Apple’s laboratories isn’t as rare as it once was. Over the past year, Apple has opened up its doors to Good Morning America, Backchannel and The New Yorker in a seeming effort to change its image as an ultra-secretive, inaccessible company ruled by the specter of an iron fist. Last night, 60 Minutes’ Charlie Rose was the latest journalist invited into the inner sanctum, and Apple practically rolled out the red carpet for him.But while Rose didn’t uncover any real secrets (at least none that he told us about), his report was fascinating nonetheless. Every peek we’ve gotten in the media has shed the smallest sliver of light on Apple’s private operations, but Rose’s report wasn’t the usual sanitized glimpse at life within Apple’s walled garden. Throughout the tour, he revealed more than just how Tim Cook, Phil Schiller, and Eddy Cue operate between the public unveilings of new products; he showed a remarkably human side of the both company and its CEO, and even uncovered a few surprises along the way. Here are five things I learned:

Cook has every right to want to distance himself from his larger-than-life predecessor, but when Steve Jobs’s name was uttered—before Rose took a single step onto Apple’s campus, mind you—he was respectful and reverent in a way that suggests he misses him as a friend more than an inventor. Everything Cook does is viewed through the prism of Jobs’s genius, and in many ways his legacy has already been written; even if he succeeds, Steve will receive much of the credit, having built Apple from a company on the brink of bankruptcy into one of the largest in the world.

It would be easy for Tim Cook to rattle off his own accomplishments—after all, he was with Steve nearly every step of the way—and talk about how Apple is different now, with a whole line of products designed after Jobs, but instead he spoke in glowing terms, saying, “I’ve never met anyone on the face of the earth like him before … who had this incredible and uncanny ability to see around the corner. Who had this relentless driving force for perfection.”

He even invoked one of Steve’s famous phrases, “insanely great,” when talking about Apple’s drive for perfection. It didn’t seem like lip service, and while some people want to believe that Apple’s halls are haunted, Cook made it seem like they’re blessed, even protected, by its late founder.

“I loved Steve. Steve is not my competition,” he said. “He selected me. I want to do every single thing I can do and use every ounce of energy I’ve got to do as well as I can.”

Apple’s attention to detail has no limits

No tour of Apple is complete without a trip to Jony Ive’s laboratories. Rose spent a good deal of time there, looking at Apple Watch sketches, a CNC milling machine that carves out precision prototypes, and some of the hundreds of color shades that weren’t quite right for the bands. It was cool to see the behind-the-scenes process, but even cooler was the 10 iPhone 6 prototypes we were shown. Before the 4.7- and 5.5-inch displays were chosen, Ive and his team went through nearly a dozen handsets in varying sizes and finishes to see which one “felt right … emotionally.”

Ive continued: “We’ve found that different textures considerably impact your perception of the object, of the product, what it’s like to hold, and what it’s like to feel. So the only way that we know how to resolve, and address, and develop all of those issues is to make models, is to make prototypes.” But while it sounds exhausting, there is very little turnover in the most sacred of spaces at 1 Infinite Loop. In 15 years, Rose reported, just two of Ive’s team of 22 designers have left.

When Rose took a trip to the construction site of Apple’s new campus, Cook explained how no detail was overlooked: “This goes down to … it goes to the desk, the chair, the stairwell, the doorknob, the glass—I mean, every single thing.” That includes the hardhats. Not only were they white with gray Apple logos on them, Ive’s was inscribed with his last name, much like a pro baseball player. And I’d be surprised if it wasn’t custom fitted for the shape and size of his head.

Along the way, Rose was treated to a scale representation of a future Apple Store. It was beautiful, incredible and crazy all at once; listening to Angela Ahrendts describe how they want to bring the “dynamic, emotive, immersive” to life inside the Apple Store was eye-opening. I always chalked up the Apple Store crowds to people wanting to see their products, but it’s more than that. Everything from the doors to the shelves to the lighting is specifically designed to draw you in and keep you interested.

Apple isn’t backing down from the U.S. government

Fighting Samsung isn’t the only battle Apple is waging in U.S. courts, and Cook wasn’t shy about speaking out about the two major ones: encryption and taxes. And it doesn’t sound like he’s going to stop fighting either.

It was refreshing to hear a CEO answer a couple of hard-hitting questions without eluding them. There are many who disagree with him—including BlackBerry CEO John Chen—but it’s hard not to admire Cook’s mater-of-fact stance. When asked about handing over information in a criminal case, Cook was resolute in protecting the user: “If the government lays a proper warrant on us today then we will give the specific information that is requested,” Cook said. “In the case of encrypted communication, we don’t have it to give. And so if your iMessages are encrypted, we don’t have access to those.”

There isn’t much of a gray area. Cook outright dismissed the notion of a so-called back door—“The reality is if you put a back door in, that back door’s for everybody, for good guys and bad guys”—and called the idea of privacy versus security “overly simplistic.” “We’re America,” he said. “We should have both.”

When pressed on the issue of taxes—Apple has some $75 billion stashed overseas, and the U.S. government is fighting to force the company to bring back—Cook was just as blunt. He admitted to taking advantage of a legal loophole to avoid the 40 percent penalty and called out Congress for refusing to update a tax code “that was made for the industrial age, not the digital age.” And he called the case against Apple “total political crap.”

The fight is likely to go on for many years, but if the government thinks Apple is going to bow to public pressure, it has another think coming. Cook could have easily taken a broad, political route on such a national stage, but he chose to attack the issue head-on.

Apple has only scratched the surface in China

Over the past several quarters Apple has been enjoying tremendous growth in the Middle Kingdom, and with 1.3 billion inhabitants, it doesn’t take an expert to see that it’s a major market for Apple. But Tim Cook thinks it will eventually become Apple’s biggest: “The numbers tell me that. And not just the numbers of people, but the numbers of people moving into the middle class. That, for a consumer company is the thing that really begins to grow the market in a big way.”

But even more than the growth opportunity, Apple’s manufacturing ties to China are equally important. Cook bumbled through a question about whether cheap labor was the primary reason for building the vast majority of its products in China, citing workers’ skill level as the primary motivator, and he was clearly uncomfortable during that segment of the interview, particularly when asked about the safety and wages of workers.

But as China becomes an increasingly bigger market, these issues will only become more illuminated. It’s not a problem unique to Apple, but as the largest manufacturer in the world, it has an obligation to take the lead, which Cook is doing. But Apple still has a long way to go.

Product cannibalism is good for business

But the most interesting comment of the report came from Phil Schiller. Rose asked a very pointed question about the inherent overlap in Apple’s various product lines, from iPhones to iPads to Macs. I expected to hear a stock answer about how Apple builds products people need and strive to fill all needs, but instead Schiller embraced the scary notion of cannibalism.

I’ve never thought of it that way, but it makes a lot of sense. To make a great product, it obviously has to hold its against all others in its class, but it also has to embrace its compromises and understand its weaknesses. Apple devices are at once complementary and competitive, and to use one is to want, though not necessarily need, another.

It’s a relentless focus and pursuit of what’s best for the user. And whether we’re talking about China, encryption or its retail stores, Apple isn’t about to give up the good fight.