BlackBerry was the keyboard king – the company was built on texting. Its first products were two-way pagers (the first of which was released in 1996), telephony wouldn’t be part of the equation until 2000. But we’ll fast forward 13 years when the company was at a major crossroads.

The company was founded as “Research In Motion” (aka RIM), but in 2013 it decided to rebrand itself “BlackBerry”, adopting the name of its products. The other major event that year was the unveiling of its new operating system, BlackBerry 10.

This was a brand new OS, built from the ground up for use with touchscreens, instead of having support bolted on like on older BB OS versions and early Symbians.

The launch of the iPhone and the mass adoption of touchscreen was devastating for a company built around hardware keyboards. The BlackBerry Storm was RIM’s first attempt to go touchscreen, but that was a failure for the history books (or another Flashback article). 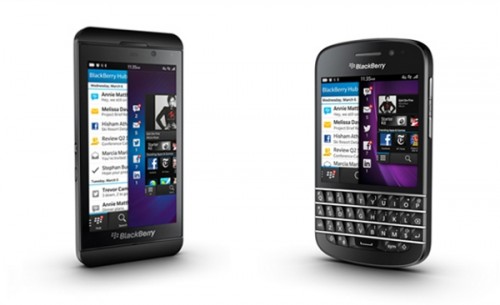 The company had two phones in the product line – the BlackBerry Z10 and the BlackBerry Q10. The former is a modern-looking smartphone with a capacitive touchscreen, the latter imitated the classic BlackBerry design featuring a hardware keyboard with specially-shaped keys below a square-ish display.

As the Super Bowl was approaching, one of the most important times of the year for advertising, the company’s leadership had to make a decision – promote the Z10 or the Q10. Co-founder and co-CEO Mike Lazaridis wanted to push the Q10. COO Kristian Tear and Chief Marketing Officer Frank Boulben wanted the prioritize the Z10. 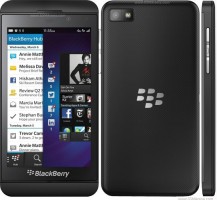 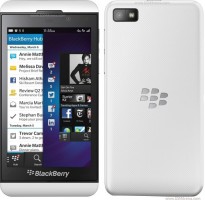 Ultimately, the Z10 was chosen as the champion of BlackBerry 10. However, its Super Bowl ad was confusing and hated by the company board, so both Tear and Boulben were pushed out by new CEO John S. Chen, who had taken the reins just weeks prior to that.

The BlackBerry 10 user interface heavily relied on gestures. It was fast and efficient once you got used to it, but new users found it very difficult to use (and since it was so different from the older OS, everyone was a new user).

The large – well, larger – 4.2” screen of the Z10 made the UI much easier to use than the 3.1” screen of the Q10. Once you mastered all the side swipes and slides, you felt like a multitasking champ. 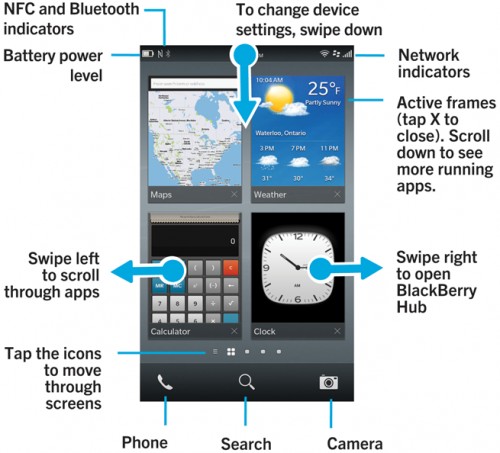 Here’s an example. You start to swipe up, which pushes the current app “back”, revealing message counters. Lifting the finger drops you into the app switcher. However, if instead you swiped right (forming an inverted L), you got into the BlackBerry Hub (more on that in a second). The cool thing was that with all swiping gestures, you could always just take a peek – reversing the gesture (e.g. left then down) returned you to the app you were using.

Swiping up • then right

A swipe down from the top edge of the screen revealed quick toggles (if you were on the home screen) or application-specific actions. This was all great, but the problem was that with no visible controls most of this functionality felt hidden away and inaccessible to new users (which, again, were all users).

The BlackBerry Hub pooled SMS, email, calls, notifications and even messages from third-party services like Facebook into one continuous list. It sorted them by date and offered powerful filters. For a busy executive that had to manage a large team, this was a professional tool like no other.

One neat trick in the Hub was how you could perform certain actions on a message. You start dragging a message, which reveals a list of actions on the right – drop the message on any one of them to activate. This worked with multiple messages selected too, an interesting alternative to the Menu button (which BB 10 apps mostly didn’t have).

More crucially, as the the OS was completely new it suffered from a shortage of apps. To make up for Android’s head start, BlackBerry 10 featured an Android 2.3 Gingerbread runtime. Initially, you had to download the Android apps through the BlackBerry World app store as sideloading them (while possible) was quite tricky (it required repackaging them in a native BAR format).

Browsing the apps at BlackBerry World

Support for Android apps was always a little shaky, not to mention that using a 2-year old version of Android was less than ideal. BlackBerry would later support 4.3 Jelly Bean, but this was always a second best option after installing a native BlackBerry 10 app.

But the company was built on texting and BlackBerry Messenger was its golden goose. It supported instant messaging, VoIP calls and even video chat. Unlike iMessage, BlackBerry opened up BBM to Android and iOS users in late 2013 and by 2015 it had 190 million users worldwide.

The hardware keyboard was gone, but the on-screen one that BlackBerry developed was actually kind of brilliant. It separated the rows of keys with “frets” where auto-suggestions appeared.

Say you’re typing “thanks”. You hit “T” then “H” then the word “thanks” appears on the fret over the “A” key (the next letter of the word). So you swipe up from “A” and you’re on to the next word. There was a lot of smarts built into the software, as it learned your individual writing style from old messages and analyzed how you tapped each individual key. Overall, it was like the rest of the OS – powerful, but required learning.

Typing on the BlackBerry Z10

The BlackBerry shipped 1 million Z10 phones in the first quarter of availability, which helped the company swing back into profitability. However, demand weakened in the following quarters – not just for the Z10 but for BlackBerry 10 devices in general. After its start in January, the new platform accounted for only 2.7 million sales by June. In September that same year, BlackBerry announced a $1 billion loss due to an inventory write-down of unsold Z10 phones.

This was a disastrous start to BlackBerry’s new beginning. A few more BlackBerry 10 phones came out, the last of which in early 2015. Then the company had a new new start by fully embracing Android with the BlackBerry Priv, but that proved to be the last phone designed by BlackBerry.

TCL adopted the brand and released a few Android-powered devices, though that partnership proved short-lived and is coming to an end on August 31. Whether or not we’ll ever see another BlackBerry-branded device is anyone’s guess.