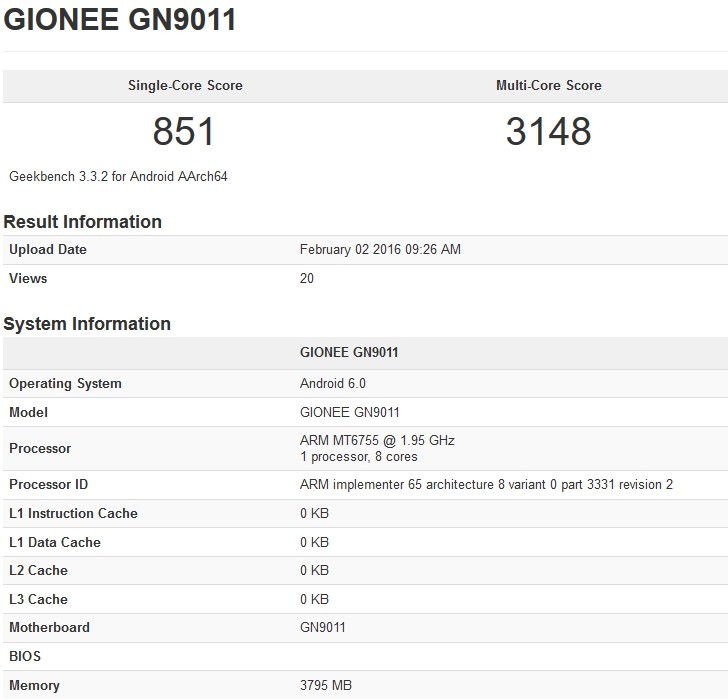 Last month it became clear that Gionee will follow-up MWC 2015 launch of the Elife S7 with at least one new device lined up for the event this year. By all accounts, that is going to be the Gionee Elife S8, which prior to the February 22 announcement made a quick stop at Geekbench (we are fairly certain GN9011 refers to it).

The listing reveals a MediaTek MT6755 SoC, also known as the eight core Helio P10. This falls in line with the legacy of the Elife line, which typically employs MediaTek chips. The benchmark also reported 4GB of RAM on the handset, as well as an Android 6.0 platform. The cited scores are also not bad at 4511 points on multi-core and 1079 on single, courtesy of the ARM Cortex-A53 cores.