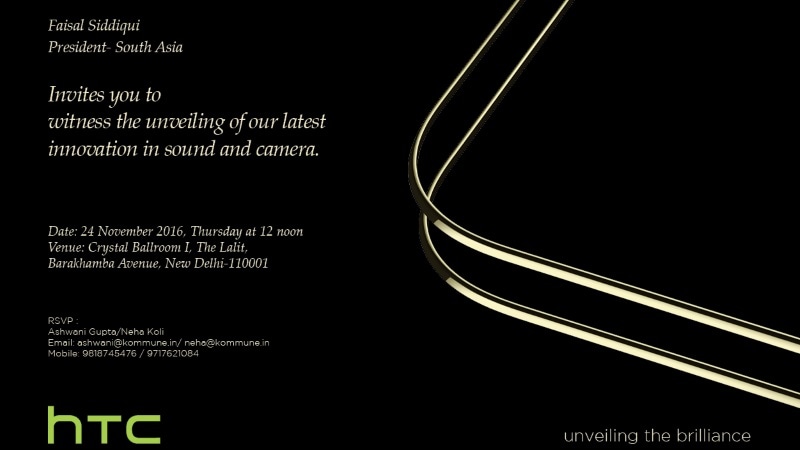 In its invite for the event, HTC says that it invites the recipient to the unveiling of its “latest innovation in sound and camera.” The gold and black outline of a smartphone further suggests that Desire 10 Pro smartphone might be launched at the event. To recall, HTC had launched the Desire 10 Lifestyle in India in late September – leaving the Desire 10 Pro as the launch candidate on Thursday.

One of the most attractive features of HTC Desire 10 Pro is that it comes with BoomSound stereo speakers.