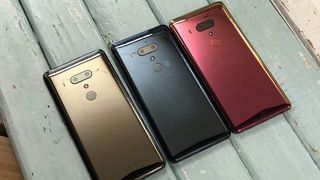 Revenues at HTC fell by 57.8 per cent to 10.02 billion Taiwanese Dollars (TWD) (£253m) over the past 12 months, continuing the company’s recent downward trajectory.

The only month in which it exceeded the previous year’s figure was in September, while revenues were down by 87 per cent compared to the $2 billion it reported in 2017.

The Taiwanese firm was once one of the most successful Android manufacturers, with its models and Sense UI helping to win over millions of loyal users. Indeed, TechRadar recently declared the HTC One M8, released in 2014, to be the best phone of the decade.

However it failed to keep up with the likes of Samsung and Huawei in terms of sales and has instead focused on the market for Virtual Reality (VR) devices and applications in recent years. Indeed, in 2017 it sold the team that designed the Google Pixel to Google itself in a deal worth $1.1 billion.

HTC is still making smartphones however. In July it launched the HTC U19e and HTC Desire U19+ for the Taiwanese market, while in other countries such as India it is focusing exclusively on the mid-range segments through licensing agreements. The company has also detailed a Blockchain-based smartphone called the HTC Exodus.

VR is still a key priority for the company, with its Vive headset range targeting both the consumer and enterprise sectors.