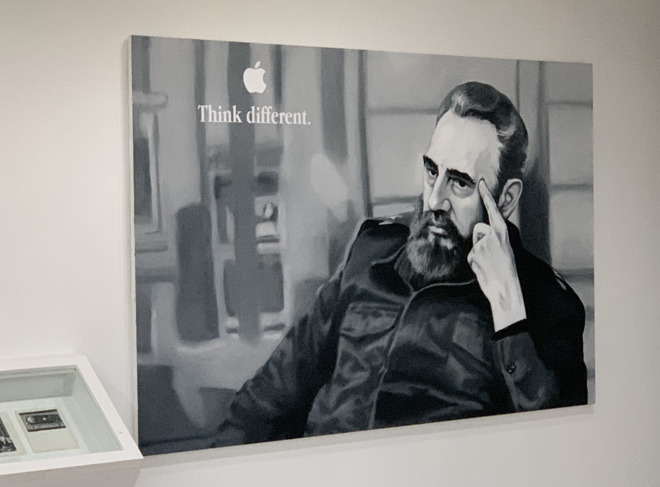 Apple has an official presence in dozens of countries around the world, but Cuba is not one of them. There are no official Apple Store locations in Cuba. In fact, the island nation’s Internet infrastructure is relatively new, highly immature, unaffordable for most Cubans, and not entirely free.

If you see someone in Cuba scrolling through an iPhone, they’re almost certainly a tourist from the U.S., Canada or Europe.

There’s the matter of the lack of Cuba’s freedom, Internet and otherwise. Freedom House gives the communist country a “freedom” score of 14 out of 100, noting that only a small percentage of its population has access to the global Internet, as opposed to the government-controlled intranet.

Despite changes in U.S. policy towards the island in recent years, the longstanding embargo on U.S. products in Cuba remains in place. You’re not likely to see Apple establishing a retail presence in that country anytime soon.

However, as AppleInsider noticed on a recent visit to Cuba, it’s not difficult to imagine a not-so-distant future in which Apple is a bigger part of life there than it currently is.

Of iPhones and embargoes

The initial rise and spread of Apple’s products worldwide took place at a time when the Cold War was still ongoing and the United States’ embargo of the nation remained in place. This meant that early Macs and other Apple products had no practical way of reaching the island’s inhabitants.

As was widely reported at the time, an American aide worker named Alan Gross was arrested in 2009 and imprisoned for nearly five years for bringing Internet technology to the island’s Jewish community. To support that mission, the products he brought included 12 iPods and three MacBooks.

A few years later, under the administration of former President Barack Obama, the U.S. began to pull back on those restrictions, albeit without lifting the embargo itself, which would have required an act of Congress. The Obama Administration announced normalized trade relations with Cuba in 2014, lifting other restrictions and President Barack Obama even visited Cuba in 2016.

Subsequently, back in 2015, Apple removed Cuba from its own list of restricted countries, for trade purposes. However, the Trump Administration has reversed some of the Obama-era policy changes, including reinstating some bans on travel.

Cuba didn’t even have 3G mobile Internet until 2018, and many in the country can’t afford it. For most, signing on to the Internet via Wi-Fi requires purchase of access cards from the nation’s telecom monopoly, ETECSA, and signing on with a 12-digit code.

In Havana and other Cuban cities, some of the taxi cabs —most of which are ancient American and Soviet cars —are festooned with Apple logo stickers. When I first saw them, I assumed this meant the cars were equipped with CarPlay or some other type of rigging technology that would allow tourist passengers to hook up their iPhones to the car audio system. 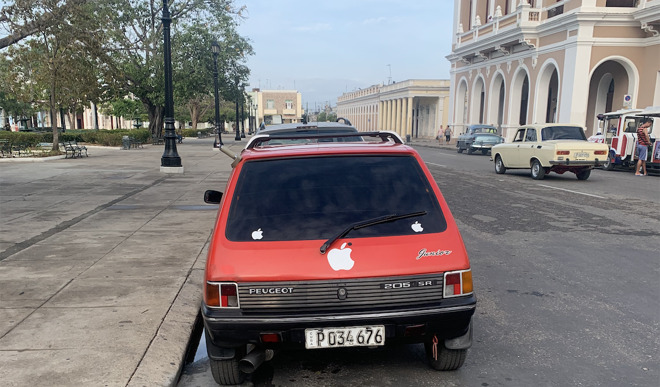 But it turns out that’s not the case. According to a Havana cab driver named Raul, the stickers are merely an expression of Apple appreciation. He added that very few Cubans own iPhones, with the majority of smartphone users in the country sporting Android devices.

“Maybe in a thousand years!,” he said of iPhone adoption in the country, which appears to be more aspirational than anything else. In Raul’s car, a Ford that he said dated back to the 1940s, he played music by plugging a USB drive into the aftermarket radio.

The ingenuity that Cubans have been using to repair old muscle cars for years has also been applied, to some degree, to iPhones. According to a San Francisco Chronicle story back in 2012, a small electronics store in Havana was able to fix the reporter’s iPhone, which an Apple Store back in the U.S. had declared “toast.” 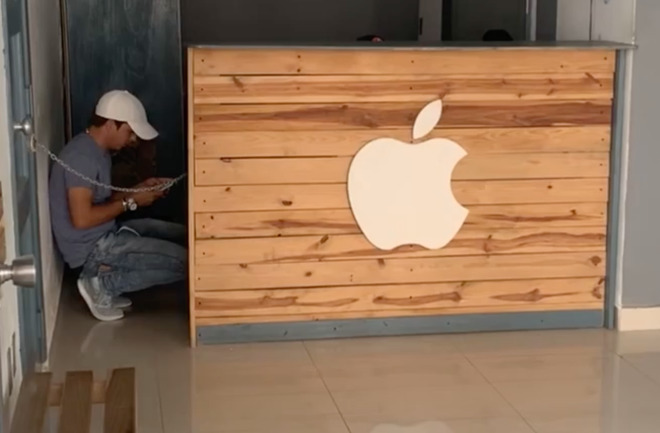 The inside of the Dr. iPhone store in Santa Clara, Cuba (Stephen Silver)

In Santa Clara, in the central part of Cuba, we stumbled into a tiny storefront called Dr. iPhone, which featured a small wood panel that was obviously meant to make it look like an Apple Store. The store appeared to have just over a dozen iPhones available on display. 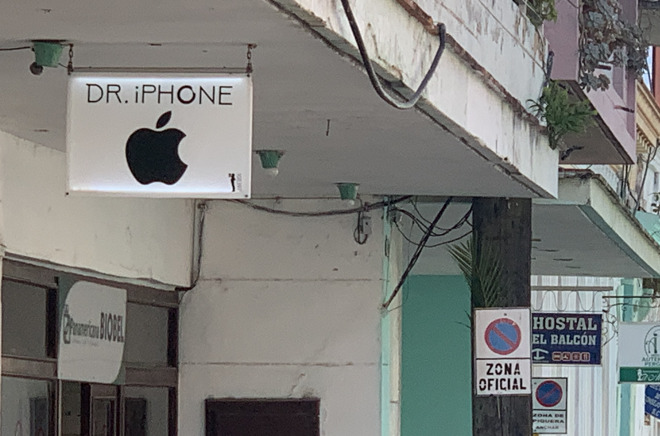 The store has a Facebook page, which states that the store offers “app packs,” including the Neuralcam for 5 CUC (about $5). How exactly the store is supplied, and how it lines up with the embargo, is unclear. 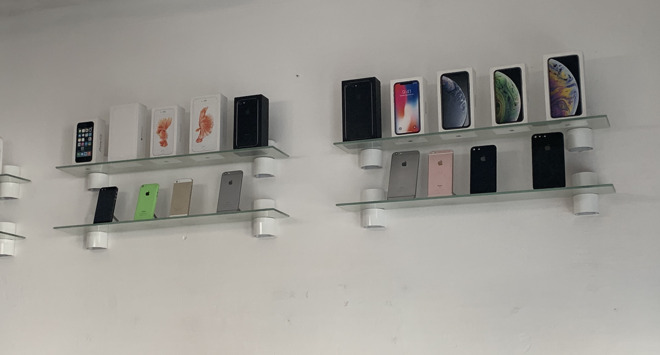 The Huffington Post, back in 2012, reported on a similar store in Havana, and described Apple as “among the most desired brands in the widespread illegal trade.”

Also in Cuba, there was another, even more surprising application of Apple iconography.

An art museum in Havana, the Museo Nacional de Bellas Artes de La Habana, is currently hosting a major exhibition by artist Jose A. Toirac. It includes a project of Toirac’s in which iconic images of Fidel Castro are spliced into popular American advertising campaigns. One of those is “Think Different,” the famous TBWAChiatDay Apple campaign of the same name.

The exhibition “consists of combinations of the image of Fidel Castro with classic advertisements of consumer products: politics and advertising have in common that both have something to sell,” according to a description of the exhibit, which is titled “Waiting For the Right Time.”

The Future of Apple in Cuba

So what direction will Apple go in Cuba? With the slow pace of change and the renewed isolation from the United States, it’s not likely that we’ll be seeing an Apple Store opening in Havana anytime soon, or massive adoption of iPhones by the Cuban population.

However, we may be only one election cycle away from another reversal of U.S. policy, and should the American embargo be lifted, coupled with increasing Internet access on the island, perhaps iPhones will become a more frequent sight on the island a decade from now.