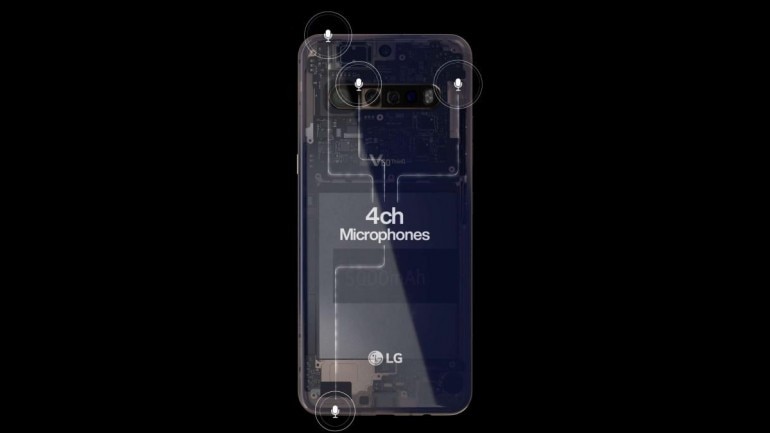 LG has been rumoured to be working on its next flagship smartphone called the V60 ThinQ. Previously, the rear surface of the LG V60 ThinQ cropped up in images, suggesting four cameras at the back. Now, more details about the smartphone have surfaced, including the one that corroborates the quad-camera setup. The LG V60 ThinQ is also tipped to come with a notch display, going by the placement of the selfie camera, four microphones, and a 5000mAh battery.

According to the images shared by the prolific tipster Evan Blass, LG V60 ThinQ will pack a four-channel microphone setup – three microphones on the upper half and one at the lower portion. There will be a 3.5mm headphone jack, a USB-C port, and a speaker at the bottom, the images show.

Moreover, it has also been confirmed via the images that the smartphone will indeed pack four cameras at the back, in addition to the front camera mounted at the centre of the display. The placement of the selfie camera also hints at a notch-style display. One of the images also suggests that LG V60 ThinQ will house a 5000mAh battery under the hood. However, the charging methods and technologies for the same are not known as of now. 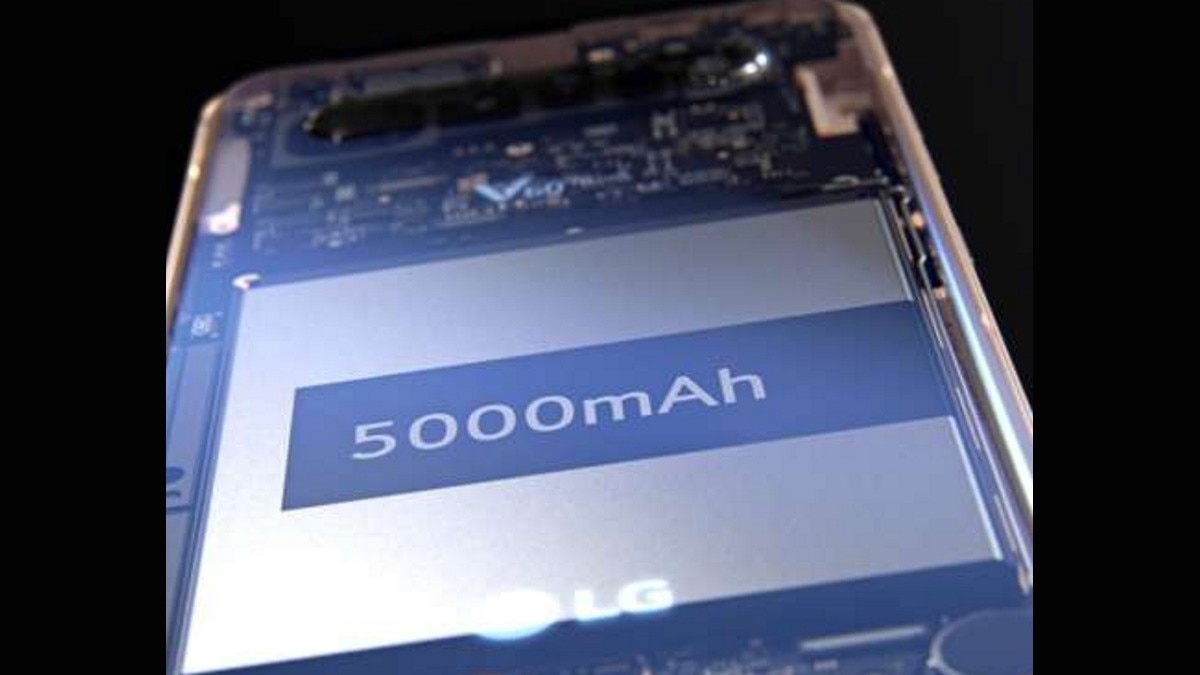 The processor information about the LG V60 ThinQ is not available right now but it is expected that the flagship device will rock a Qualcomm Snapdragon 865 processor, much like how the V50 ThinQ came with a Snapdragon 855 processor.

The LG V60 ThinQ succeeds the V50 ThinQ that was launched last year. The latter packs a Qualcomm Snapdragon 855 processor, a 6.4-inch OLED display, a combination of 6GB RAM and 128GB internal storage, and a 4000mAh battery.

About the launch, the LG V60 ThinQ was speculated to make debut at the upcoming MWC 2020 in Barcelona. However, the South Korean colossus decided to skip this year’s exhibit over the Coronavirus outbreak. “With the safety of its employees, partners and customers foremost in mind, LG has decided to withdraw from exhibiting and participating in MWC 2020 later this month in Barcelona, Spain. This decision removes the risk of exposing hundreds of LG employees to international travel which has already become more restrictive as the virus continues to spread across borders,” said the company in a press statement.