Exactly one week ago, Apple released iOS 9, the latest version of its mobile operating system. The company has since reported record-breaking adoption numbers for this release, but apparently it does have its fair share of bugs.

That conclusion seems obvious from the fact that, only one week later, iOS 9.0.1 is already rolling out. The update is around 35MB in size (which can, however, vary depending on device). 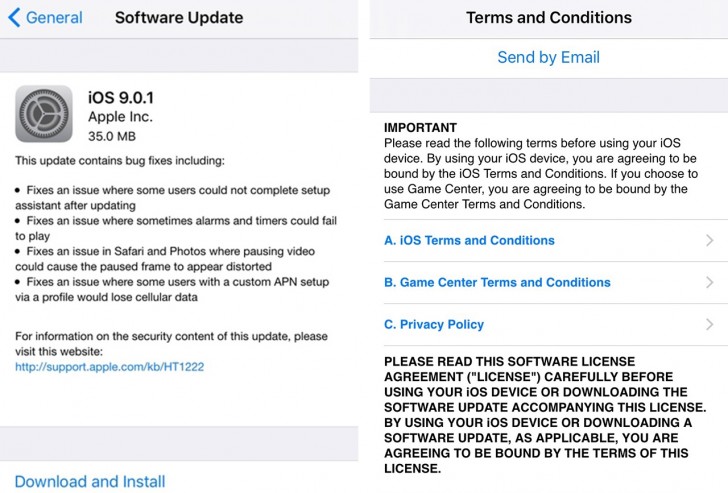 As you might expect from a .0.1 release, this one’s all about the bug fixing. An issue which prevented people from completing the setup assistant is now gone, and thankfully so is one that meant alarms and timers could sometimes fail. That’s certainly not something you want to happen.

Pausing video in Safari and Photos sometimes resulted in a distorted frame being shown, but that’s no longer the case. And finally, people with a custom APN setup used to lose cellular data connectivity in iOS 9 – but not anymore.

Needless to say then, this is a must-grab update, especially if you’ve been affected by any of these problems. Expect the update notification to reach all devices currently on iOS 9 in a short while. If you haven’t gotten yours but are impatient, just go to Settings > General > Software update and manually check.