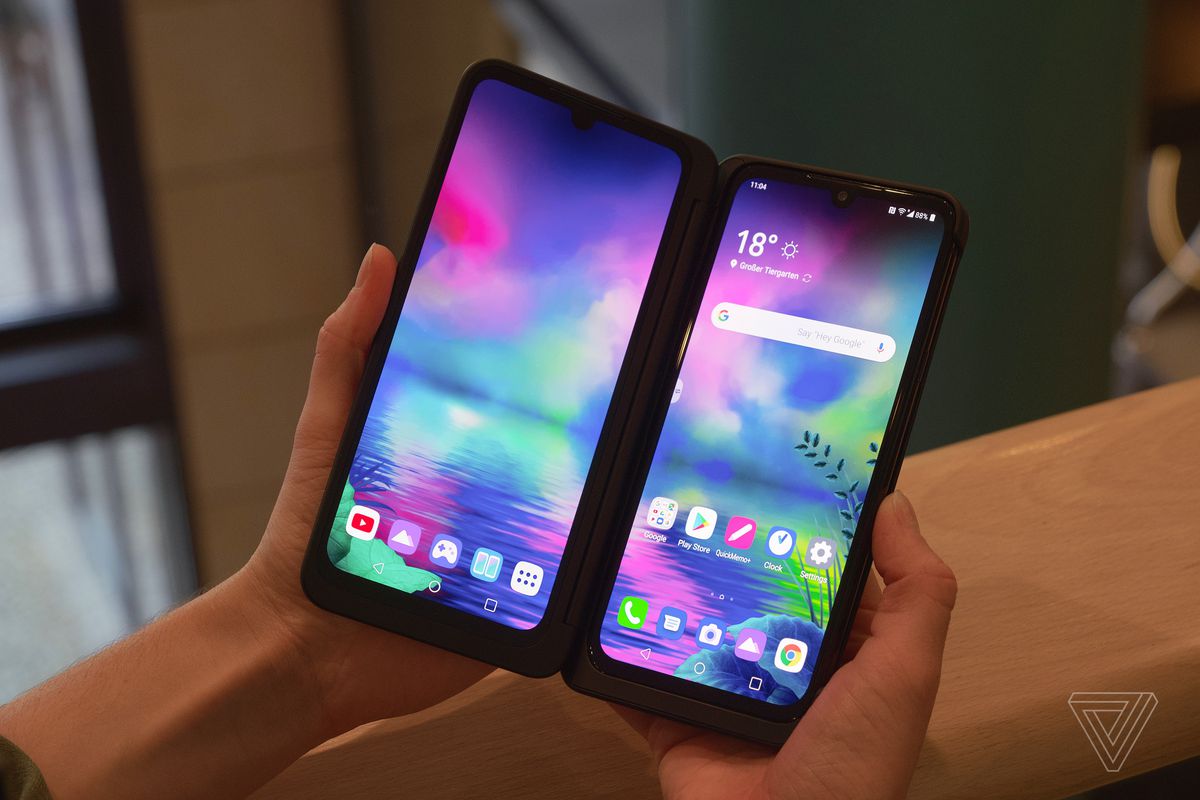 LG’s G8X ThinQ will go on sale in the US on November 1st, and it’ll come bundled with the device’s biggest draw: a case that includes a flip-out second screen. The package will sell for $699.99 unlocked, with preorders starting this Friday, October 25th. LG expects the bundle to go for around $300 when discounted through carrier agreements.

The G8X ThinQ is a unique take on a dual-screen phone. Instead of using a foldable screen, like Samsung’s Galaxy Fold, or attaching an entire second screen with a hinge, like Microsoft’s upcoming Surface Duo, LG just made a normal phone with one screen. The second screen is based entirely within a case that the G8X slips into. Once it’s in, you can turn the second screen on and off or remove the phone later and just use the device as normal.

The final result is not quite as impressive as something like the Galaxy Fold, but it’s a lot more likely to work without issue. The $700 price also makes this quite likely the cheapest way — by a large margin — to get a dual-screen phone in 2019. (LG previously tried the dual-screen accessory with the V50.)

The phone has the specs you’d want from a high-end Android phone, too. It includes a Snapdragon 855 processor, 6GB of RAM, 128GB of storage, a 6.4-inch OLED display, a 4,000mAh battery, an in-display fingerprint sensor, and a secondary wide-angle rear camera.

LG’s smartphone sales have been slipping lately. In the US, its shipments have made up low double digits of the market in recent quarters, according to Counterpoint Research. The G8X very much seems designed to boost sales over the holidays. With a feature that no one else is offering near this price, LG might have better luck getting its phone to stand out on retail shelves over the next few months.