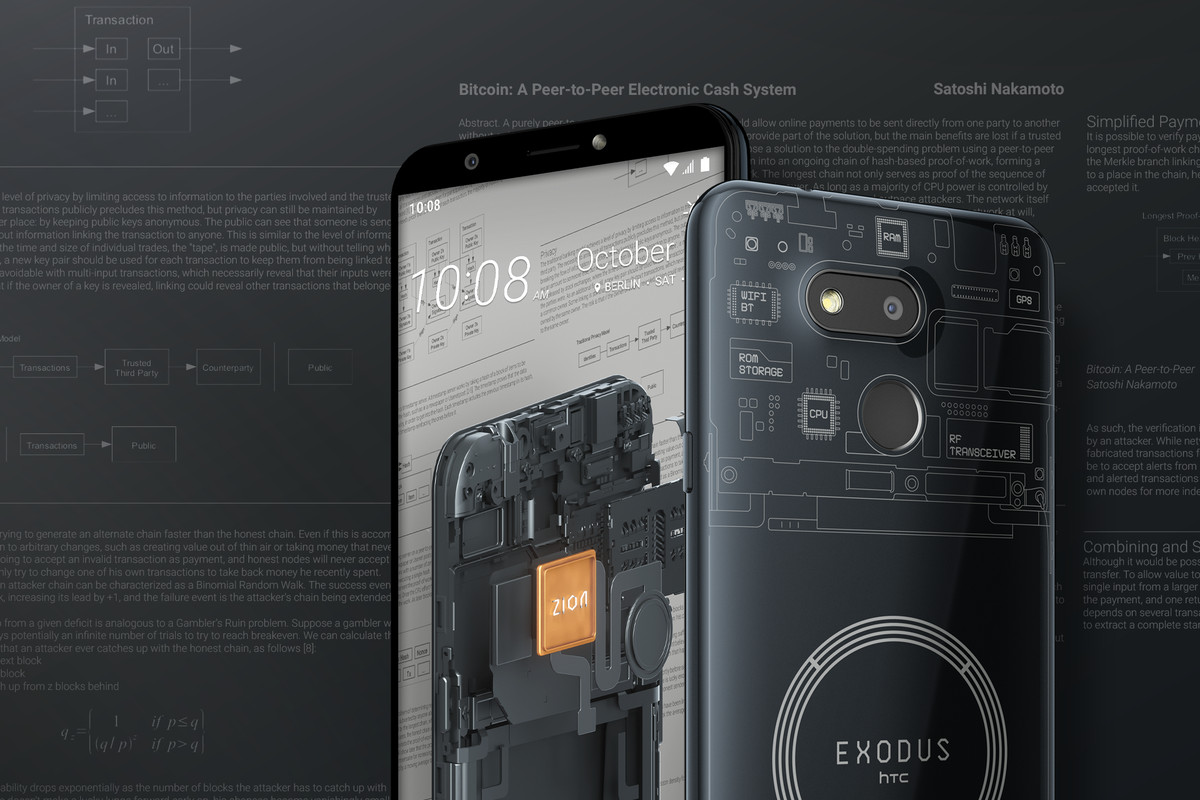 HTC has announced a new entry-level phone aimed at cryptocurrency users called the HTC Exodus 1S, a followup to the $699 Exodus 1 that was originally released last year. The Exodus 1S is a much cheaper device at €219 (around $244), and offers much less powerful hardware built around a Qualcomm Snapdragon 435 processor.

The Exodus 1S’s big new cryptocurrency feature is that it’s able to run a full bitcoin node, which HTC says is a first for a smartphone. It’s something the company has been talking about wanting to do since the announcement of the original Exodus 1. Speaking to Forbes, HTC’s Phil Chen said that being able to run a full node means that the phone can relay, confirm, and validate bitcoin transactions, which offers more privacy and also allows you to contribute to the security of the network.

RUNNING A FULL BITCOIN NODE IS NOT WITHOUT ITS LIMITATIONS

Running a full bitcoin node on a phone comes with its limitations. HTC recommends that you connect the phone to Wi-Fi and plug it into a power source while it’s running the full node, and you’ll also need to buy an SD card with a capacity of 400GB or more if you want the phone to be able to hold a full copy of the Bitcoin ledger. The Exodus 1S will also not be able to operate as a mining node.

Outside of its blockchain capabilities, the HTC Exodus 1S features entry-level hardware. It’s got a 5.7-inch HD display, 4GB of RAM, 64GB of internal storage, and it has a single rear-facing 13-megapixel camera. It charges over MicroUSB, but at least you get a 3.5mm headphone jack.

HTC’s Exodus phones are an ambitious attempt by the company to appeal to cryptocurrency enthusiasts as its smartphone sales have plummeted in recent years. Compared to the Exodus 1, the cheaper starting price of the Exodus 1S could make it appealing as a secondary device to experiment with.

The HTC Exodus 1S won’t be available in the US, but you can now order it from HTC’s site in Europe, Taiwan, Saudi Arabia and the UAE. Naturally, HTC will happily accept payment in bitcoin, ethereum, litecoin, Binance coin, and bitcoin cash for the phone.