LG Display just unveiled the largest flexible transparent OLED display – measuring 77”, it can be used on store fronts, smart desks and various augmented reality tasks. While a 77” slab would hardly be portable, this display can be rolled up to a radius of 80mm (just over 3”).

It has a transparency of 40% and a proper UHD resolution (3,840 x 2,160px). Curvy, transparent screens struggled for resolution in the early days, but LG has been at this for 5 years (after it beat Samsung Display in 2012 for a government grant). 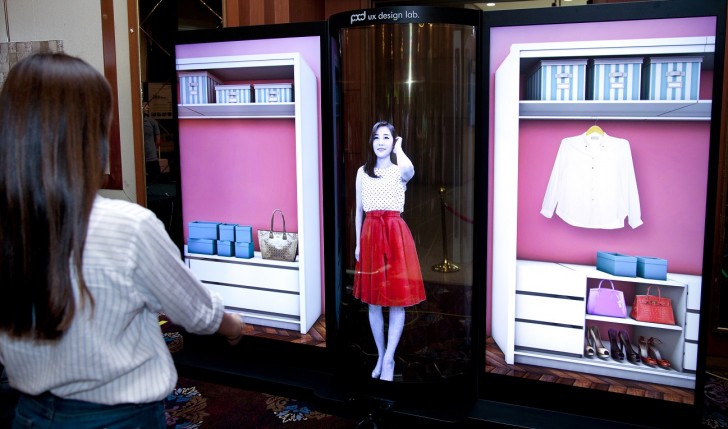