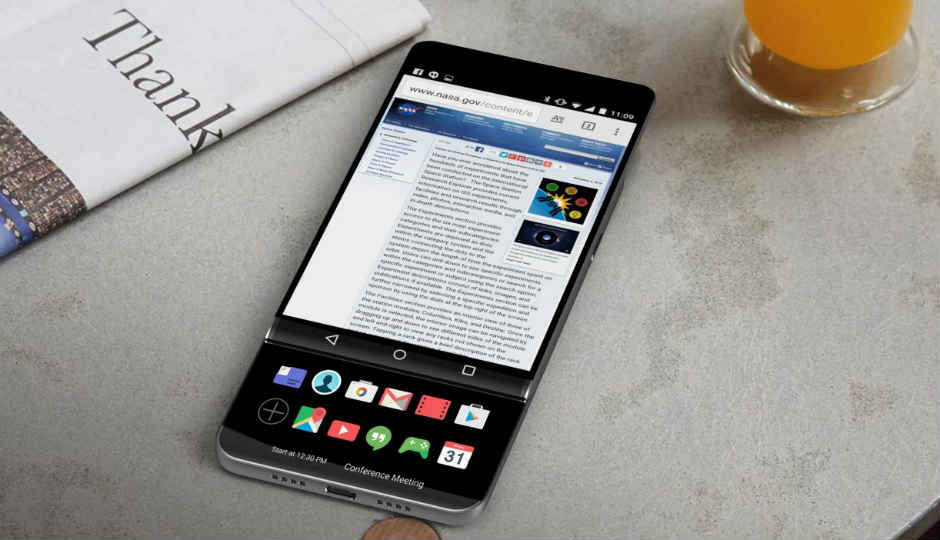 A report from ETNews, a Korean news website, claims that LG is planning to announce the LG V30 at IFA 2017 in Berlin. IFA (Internationale Funkausstellung), one of the largest consumer electronic trade shows in the world, is set to be held from September 1, 2017 to September 6, 2017, in Berlin. As per the report, LG will unveil the V30 smartphone a day before the official opening of IFA 2017. If LG does introduce the device at IFA, this will be the first time the company launches a smartphone at the event.

The report also suggests that LG will hold pre-orders for a period of one to two weeks for the V30 in Korea, and that the device is expected to cost $699 (Rs 45,064 approx).

The LG V30 will be the third device in LG’s V-series of smartphones. While the LG V10, the first in the series, did not make its way to India, its successor, the LG V20 was launched in India last year. The V20 was a redemption device for LG, since the modular LG G5 failed to impress consumers. In fact, LG admitted that the modular approach did not yield the kind of interest they were hoping to spark, and the company has since moved away from the modular philosophy.

Last year’s LG V20 featured a 5.7-inch LCD display with 513 ppi pixel density. It ran on the Snapdragon 820 platform, and featured 4GB of RAM. In the camera department, it featured a 16MP primary camera and an 8MP front camera. In our review of the LG V20, we noted that it is a good phone for audiophiles, or for those who want a removable back and battery. However, the Google Pixel/Pixel XL or iPhone 7 Plus far surpassed the V20 at the time, and were considered better choices.

As far as the LG V30 is concerned, the smartphone will be LG’s next big flagship and is expected to sport an OLED panel. Initial renders also point to a slide-out secondary display.