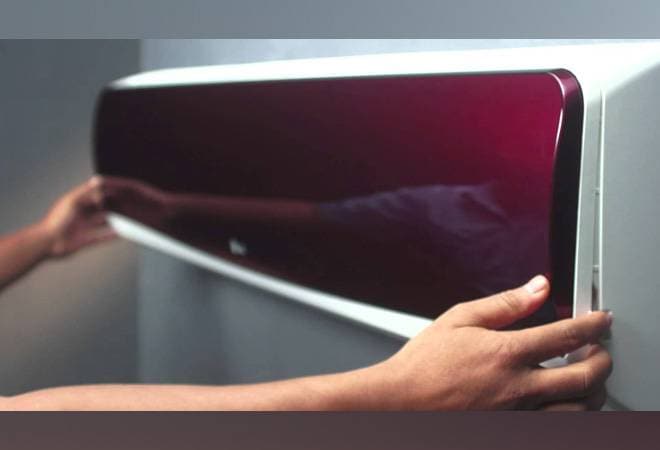 South Korean consumer electronics maker LG is aiming to garner around 40 per cent market share of the inverter air conditioner market in India this summer, betting on its range of energy efficient products with advance features, said a top company official.

LG India claimed to have around 38 per cent share in the inverter room AC segment in 2018, a growth of 28 per cent, even though the market was almost flat last season.

The company, which sells a range of ACs through over 20,000 points of sale across India, expects a faster growth rate from the non-metro and tier III markets, besides the metros, which are the highest contributors to the company’s sales.

The company expects 70 per cent AC sales to come from its highly energy efficient 5-star range, the segment in which LG India is extending its product portfolio.

“We have a market share of 38 per cent in the inverter AC sales; and this year we are aiming to have around 40 per cent, said LG Electronics India VP Home Appliances and Air Conditioners Vijay Babu.

The Indian room AC market is expected to be around 5 million units, with over 20 companies competing in the segment.

Commenting on the company’s new products for this season, Babu said, “We have improved the lineup with wi-fi and other features such as good designs with good aesthetic sense and colours.”

This season, LG has a line up of 54 stock keeping units (SKUs) in the AC segment in which company has increased the range of 5-star units to 28, he added.

The company, as per its strategy, has shifted its entire lineup to energy efficient inverter AC in 2017. It also has a range of six windows ACs.

“The penetration of AC sales is only 5 per cent in India and has huge space for growth,” he said.

At present, 50 per cent of LG’s sales comes from its distributors and rest from others, while sales from the online channels contribute around 3 to 4 per cent of the total.

Babu said LG has also earmarked Rs 50 crore for marketing and branding campaign for ACs this season, in which around 30 per cent would be spent on digital platforms.

LG India, at present, has a capacity to roll out around two million units of ACs from two plants situated at Noida and Pune.