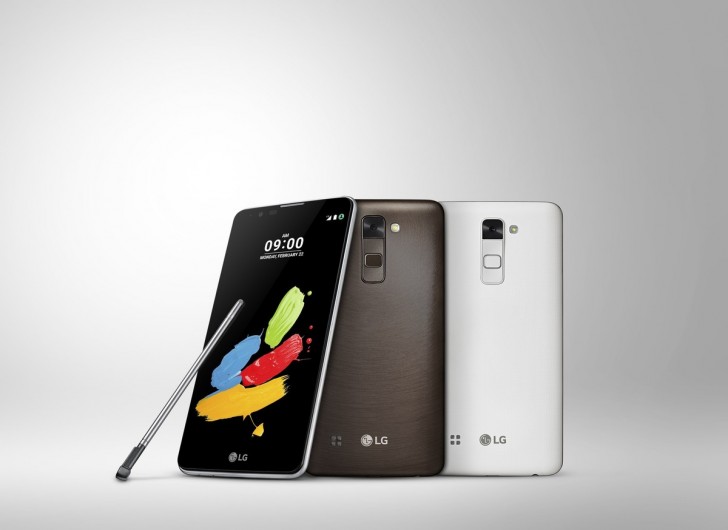 We already know that the LG G5 flagship will be made official at this year’s Mobile World Congress, and just yesterday, LG announced that a new, mid-range ‘X’ series of smartphones will be also be unveiled at the annual event.

Turns out that’s not all, as the South Korean company has now announced that a sequel to last year’s G4 Stylus – dubbed Stylus 2 – will also be unveiled at MWC 2016.

As clear from the device’s name, the Stylus 2 will also come with a pen, but with a nano-coated tip instead of the previous rubber-tipped pen. LG says the change is aimed at attaining “more accuracy.”

The phone will include a set of proprietary features that the company claims will enhance the user experience. These include Pen Pop and Pen Keeper. While the former “toggles a popup menu when the stylus is removed to offer shortcuts to Pop Memo and Pop Scanner,” the latter is aimed at preventing the stylus from being misplaced – it displays “a popup message when the phone is detected as being in motion when the stylus bay is empty.”

Specs-wise, the Stylus 2 is powered by a 1.2GHz quad-core processor, and sports a 5.7-inch HD display. RAM is 1.5GB, while internal memory is 16GB, although expandable. There’s a removable 3,000mAh battery to keep the lights on.

In terms of camera, the device features a 13MP rear camera, and an 8MP front shooter. Measuring 155 x 79.6 x 7.4mm and weighing in at 145g, the handset runs Android 6.0 Marshmallow, and will be available in titan, white, and brown color options. While LG didn’t reveal any pricing-related details, it did say that the Stylus 2 will be “exceptionally-priced.”

“LG Stylus 2 provides both the big screen and premium notetaking functions of a premium large phone at a price of a mid-tier phone,” said Juno Cho, president and CEO of LG Electronics Mobile Communications Company. “This device is another example of our commitment to the mass-tier segment where there is so much opportunity for growth and creativity.”