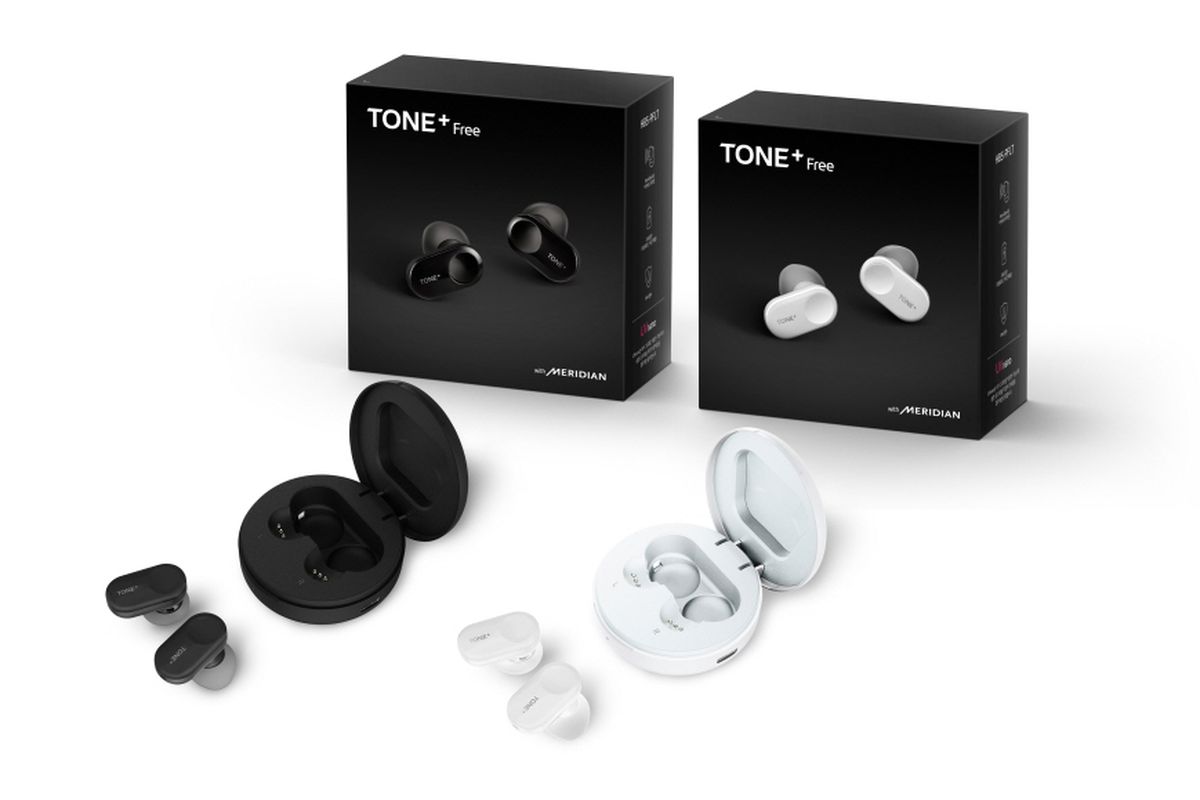 LG’s Tone+ Free wireless earbuds include a rather unique feature. Built into their charging case is a UV light, which is designed to kill any bacteria that might be living on the earbuds as you charge them. In a month that saw wireless earbuds announced by Microsoft and Amazon, only LG’s are designed with an eye for ear hygiene.

Outside of its bacteria-killing case, LG’s truly wireless earbuds offers a much more typical set of features. A small touch-sensitive surface on each earbud lets you make calls, control music playback, and summon Google Assistant, and the earbuds also come with an IPX4 water resistance rating, which should make them usable as workout headphones. LG says you should get around six hours from a single charge of the earbuds, but it’s unclear how many more hours of playback you’ll get from the charging case. Six hours is a big improvement from LG’s previous true wireless earbuds, which only offered three hours of playback on a single charge.

The Tone+ Free earbuds are currently scheduled to release in South Korea at the end of the month in black, but you’ll have to wait until November if you want them in white. The earbuds will retail for 259,999 won (around $215) in the country, and there’s no word if or when we can expect them to release elsewhere.