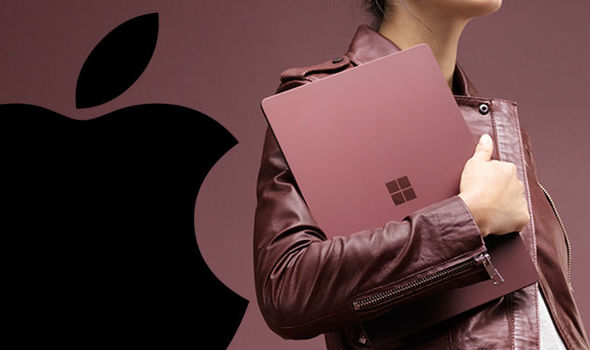 Windows 10 update will bring improved compatibility with Apple’s iPhone
Millions of iPhone owners are about to be treated to a much easier way of connecting their devices to Windows-powered PCs.

Microsoft has just announced the release of its latest Windows 10 Insider Preview Build (16251) which includes the ability to link directly with almost any smartphone.

An Android version was announced last week but the US technology firm has just revealed the new feature will now work with Apple’s smartphone as well.

The “Continue on PC” app is now available for the iPhone and allows to users to view content from their phone straight on their PC.

Along with sharing website data it’s thought that, in the future, the “Continue on PC” feature will also allow apps to directly share content alongside the ability to copy and paste content from a universal clipboard.

Microsoft is currently asking those on its Insider Programme to test the iPhone/Android sharing before it’s officially launched later this year.

Speaking on their blog, Windows said: “You may remember at Build we talked about PCs and phones working better together.

“With Build 16251, we are introducing the first set of features that enable “linking” your phone to your PC.

“This build’s scenario is focused on cross-device web-browsing.

“Today, we’re asking for you Windows Insiders to help us test this experience out using your Android and Apple phones.” 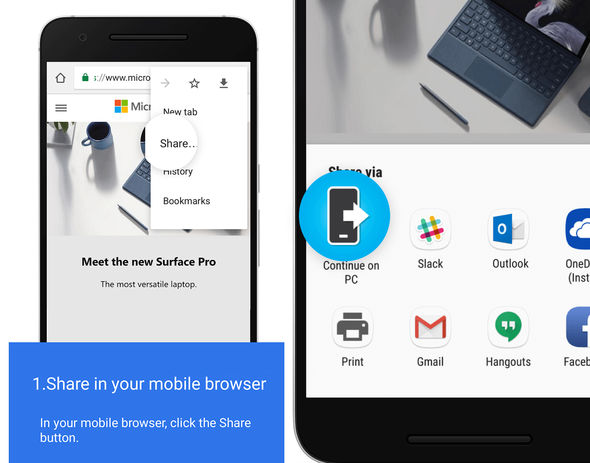 Here’s what you should do after a Windows 10 upgrade

As well introducing easier sharing between smartphones Microsoft has also revealed a big update to Cortana in this latest build.

The update means users can view the results that Cortana has for them without launching the web browser.

For some questions, the Cortana pane will expand automatically, quickly showing exactly what users need to know.

It works with movies, celebrities, stock prices, weather, flight status and much more.

Microsoft has also now enabled the ability for Cortana to turn off, restart, lock, or sign-out of Windows.

Users can use their voice with Cortana responding to these new commands:

The full Windows 10 Creators update is expected to arrive in the Autumn.