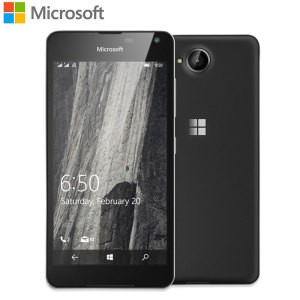 Last we heard anything about it, the upcoming was supposedly  (from its initial launch time frame of early next month). Now though, as you wait for it to finally become official after a huge number of leaks, you can already pre-order one if you so wish.

It turns out that UK-based online retailer MobileFun has the yet-unannounced handset up for pre-order. It’s priced at £199, SIM-free and unlocked of course.

Unfortunately the company doesn’t mention a shipping date for the Lumia 650, but we assume it can’t happen much later than the aforementioned mid-February time frame.

The listing comes with a full spec list as you’d expect, so the phone’s innards have been confirmed yet again. It has a 5-inch 720p IPS touchscreen, an 8 MP rear camera with LED flash, a 1.1 GHz quad-core processor, 1GB of RAM, 8GB of expandable storage, Wi-Fi, Bluetooth, GPS, and a 2,000 mAh battery. It runs Windows 10 Mobile, naturally. It weighs 150g.