The physical measures of the upcoming Microsoft Lumia 950 XL got fully revealed by a leaked factory CAD render. Typically, factory renders are used in a device’s manufacturing process. 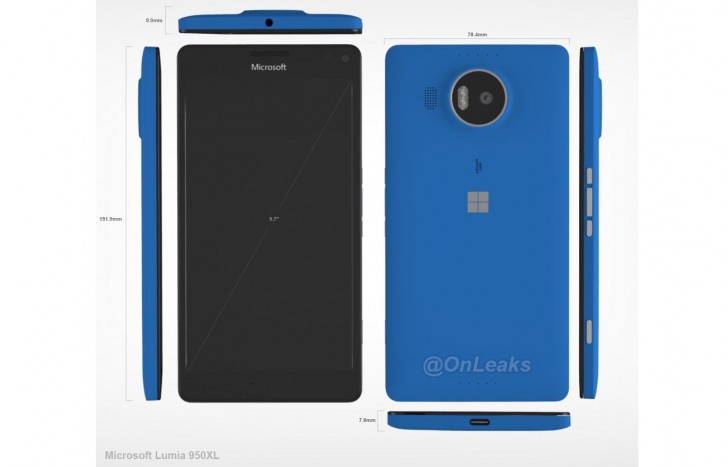 The Redmond giant’s next-generation flagship smartphone will debut in a little over a week, on October 6 in New York City. Microsoft Lumia 950 and Lumia 550 will also debut alongside the Lumia 950 XL.