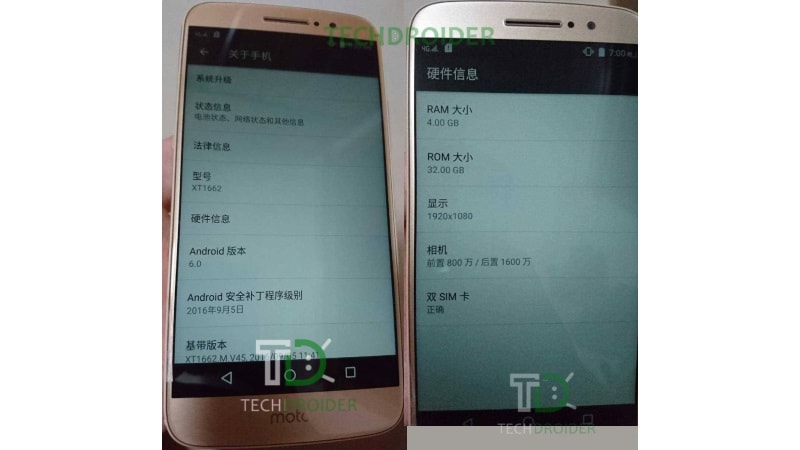 Last month, leaked images of a smartphone dubbed ‘Moto M’ surfaced on Internet and suggested that Motorola might be coming up with a new 5.5-inch smartphone with a fingerprint scanner at the back. Now, images of the same smartphone have surfaced again, revealing some new information.

The images leaked by TechDroider don’t show the rear part of the smartphone, and therefore don’t confirm the presence of a fingerprint scanner on the back of the device. However, the images do show some of the specifications available on the device.

Last month, a smartphone with model number XT1663 was spotted on GFXBench and was thought to be the Moto M. As per the benchmark results, the smartphone featured a 4.6-inch full-HD display, 1.9GHz octa-core Mediatek MT6750 SoC, 3GB RAM, 32GB storage, 16-megapixel rear camera, 8-megapixel selfie camera, and was running on Android 6.0 Marshmallow.

It is likely that the smartphone might be coming in different size variants. However, like every other leak, we will have to wait for an official announcement by the company to clear things out.