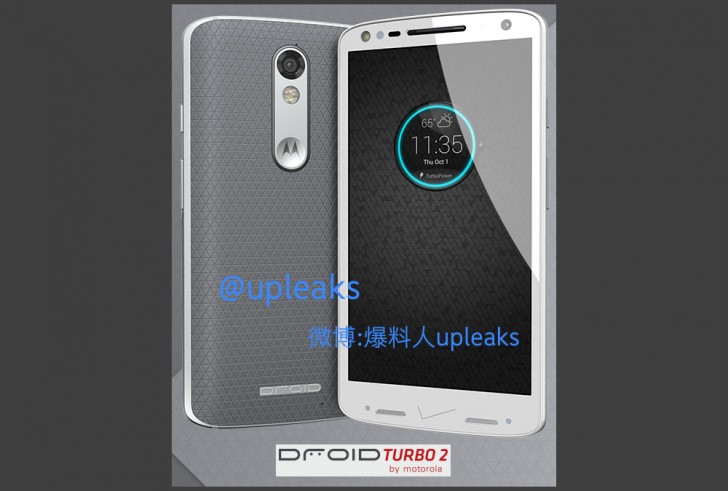 Verizon is set to update its Droid-branded lineup at some point before the end of the year. So far we’ve heard pretty conclusively that what’s known internationally as the Moto X Play will be sold by the carrier under the Droid Maxx 2 moniker.

Big Red has, however, also been rumored to get a proper high-end sequel to last year’s Droid Turbo – the Droid Turbo 2. Up until now however not much was known about this handset.

Thanks to the leaked image you can see above, it’s clear that the Moto X Force will be launched by the carrier as the Droid Turbo 2. The Moto X Force is codenamed Bounce, and it’s been in the rumors a few times recently.

According to previously leaked specs, the Moto X Force will have a 5.43-inch QHD touchscreen, a 21 MP rear camera with dual-LED flash, a 5 MP selfie shooter with a LED flash of its own, 3GB of RAM, 32 or 64GB of storage, and a huge 3,760 mAh battery. It’s going to be powered by Qualcomm’s Snapdragon 810 chipset. Intriguingly, it’s said to be “shatterproof”, which might imply that it will sport some kind of military MIL-STD rating for shock resistance.

We expect the Droid Turbo 2 to carry the exact same specs. It seems like it’s going to be identical to the Moto X Force in terms of looks too, except for the prominent Verizon branding on the front and Droid branding on the back. This isn’t surprising, though, as Big Red is always quick to plaster its logos onto all possible sides of its phones.