The launch of the Huawei-made Nexus 6P smartphone in Canada has been delayed. While it was earlier supposed to go on sale in the country on October 26, the device is now expected to hit the shelves on November 2. 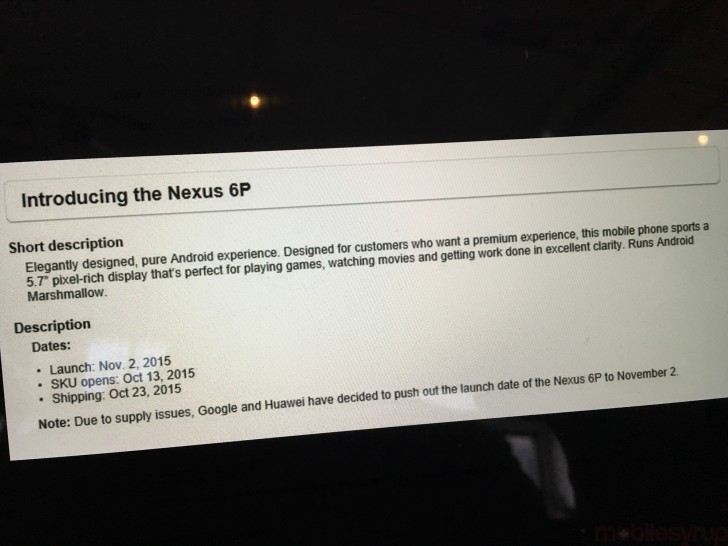 An internal Bell note (shown above), which was accessed by Canadian tech blog MobileSyrup, reveals that the reason behind the move is “supply issues.” While it isn’t yet clear what exactly these issues are, going by the language of the note, it’s safe to assume that the issues will affect other Canadian carries as well, although there’s no official confirmation on the same.

This comes just a few days after the smartphone was taken off from Google Play in Canada. Those who managed to place orders for the device prior to that are now being told that they will receive it between October 29 and November 5.