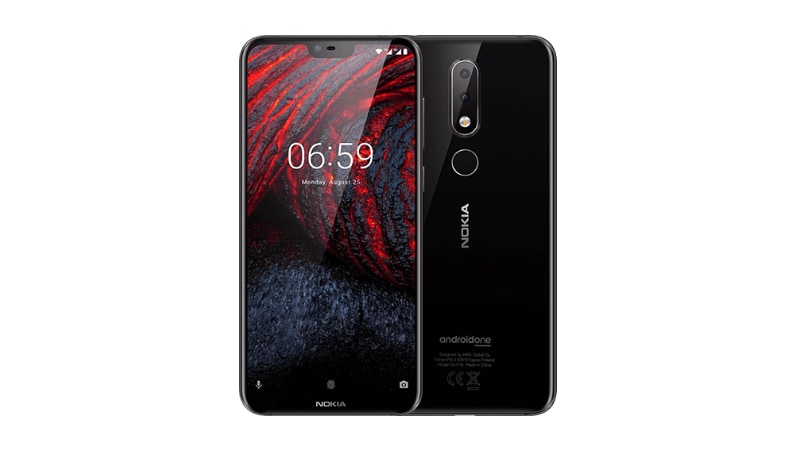 Nokia 6.1 Plus was launched in India last week at an event organised in New Delhi, bringing the first Nokia-branded smartphone with a display notch to the country. It will go on sale in the country for the first time since its unveiling at 12pm today. Apart from the notch, the new Nokia 6.1 Plus has the Snapdragon 636 SoC and dual rear cameras to lure buyers away from Redmi Note 5 Pro, its biggest rival in the Indian market. It is also part of the Android One programme, meaning it has stock Android software and  promise of timely software updates. Of course, the Nokia 5.1 Plus — launched at the same event — has a notch too, but there is no concrete release date for the handset in India yet.

Nokia 6.1 Plus price in India is Rs. 15,999 and it comes in only one configuration, with 4GB RAM and 64GB internal storage. The handset was on pre-orders till now in India via both Flipkart and Nokia online store, and will be on sale via the two websites online. It will begin shipping in India from Friday, August 31 according to the official Nokia website. As for the launch offers, Jio customers get 240GB of complimentary data (20GB per month for 12 months on buying recharges of Rs. 199, Rs. 249 or Rs. 448) as well as Rs. 1,800 cashback in the form of 36 vouchers worth Rs. 50; all buyers also get no-cost EMIs. Flipkart customers also get 5 percent discount on purchases made using Axis Bank Buzz credit card, as well as 5 percent off on EMI transactions ICICI Bank credit cards.

Are Nokia 6.1 Plus and Nokia 5.1 Plus the best Android phones from HMD Global? We discussed this on Orbital, our weekly technology podcast, which you can subscribe to via Apple Podcasts or RSS, download the episode, or just hit the play button below.