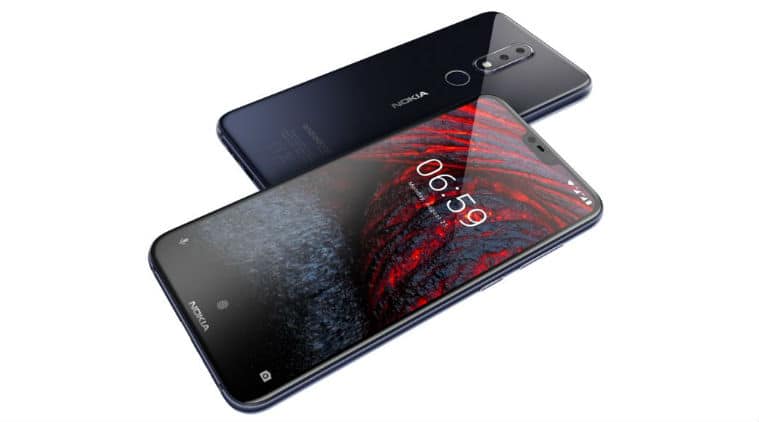 Following the price cut, Nokia 6.1 Plus (6GB RAM/64GB storage variant) will be retailing at a price of Rs 16,999. While the Nokia 2.1 is now available at a price of Rs 5,499 and Nokia 1 is now selling at Rs 3,999. All three smartphones are available with mobile retailers across the country and on Nokia’s online store.

The Nokia 6.1 Plus features a 5.8-inch FHD+ display with 19:9 ratio. It has 16MP+5MP dual rear cameras, 16MP front camera and hosts a 3,060mAh battery. It is powered by Qualcomm Snapdragon 636 processor and now comes updated with Android 9 Pie, the latest Android operating system, giving users access to the latest and exclusive features from Google such as App Actions and Digital Wellbeing. The device was launched in February this year in India at Rs 18,499.

Coming to Nokia 2.1, the device was launched at Rs 6,999. It sports a 5.5-inch HD display with an aspect ratio of 16:9. The Android Oreo (Go edition) phone is powered by a Snapdragon 425 processor coupled with 1GB RAM and 8GB of inbuilt storage. A microSD card slot is also available for memory expansion (up to 128GB ). The device comes with a 4,000mAh battery. The Nokia 2.1 also runs the latest Android 9 Pie.

As for the camera, Nokia 2.1 sports an 8MP rear sensor with autofocus and LED flash support. Up front, it has a 5MP front camera. Connectivity options include 4G LTE, Wi-Fi 802.11 a/b/g/n, Bluetooth, GPS/A-GPS, a micro USB port for charging, and a 3.5mm headphone jack.

Nokia 1 was launched in March last year at Rs 5,499. It comes with Android Oreo (Go edition), which is a version of Android Oreo for devices with 1GB RAM or less. It is available in Warm Red and Dark Blue colours. You can also give the Nokia 1 a makeover, through the Xpress-on covers which come in a range of different colours.

The device has a 4.50-inch display with 480 x 854 pixels resolution. The Nokia 1 runs a quad-core processor clocked at 1.1Ghz coupled with 1GB RAM and 8GB storage. The smartphone also has a 5MP rear camera and a 2MP front camera. The battery on the Nokia 1 is 2150 mAh, and this is a removable one.