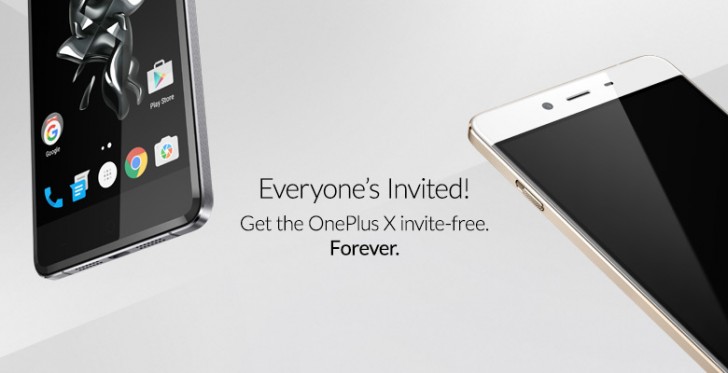 OnePlus co-founder Carl Pei announced on the company’s official forum today that theOnePlus X will be available for purchase without invites from now on. Previously, potential customers only had “invite-free Tuesday” to get the phone.

Currently, the OnePlus One, OnePlus 2 and OnePlus X are sold wihtout invites. For the OnePlus One the company needed one year to do so, while the OnePlus 2 took about four months from its launch. The OnePlux S is the quickest of the three to go invite-free in just three months.