Photos of the 2016 Edition Samsung Galaxy A3 and Galaxy A5 leaked. The two smartphones are feature a slight redesign to mimic their more premium siblings – the Galaxy Note5 and Galaxy S6.

Samsung has kept the metal frame design and has equipped the phones with glass backs – presumably Gorilla Glass. Judging from the photos, we assume the screen size will remain unchanged – 4.5″ for the Galaxy A3 and 5.0″ for the Galaxy A5 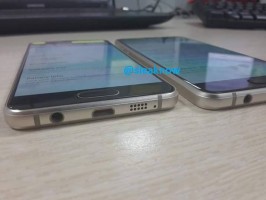 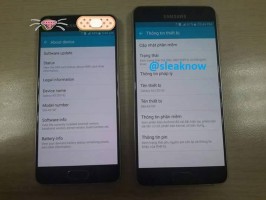 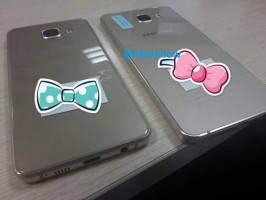 There aren’t any leaks regarding specifications, yet. Judging from the naming, the Galaxy A3 (2016 Edition) and Galaxy A5 (2016 Edition) should launch by the end of this year. At least that was Samsung’s strategy for the Galaxy Note 10.1 (2015 Edition).
[“source-gsmarena”]