Samsung’s Galaxy Note 9 is all set for an official unveiling at the Galaxy Unpacked event in New York on August 9. The handset recently surfaced on Geekbench, and now we have two instances of the design of the Galaxy Note 9 having been spotted in alleged live images and press renders. Both of them reveal the new placement of the fingerprint sensor that has now been shifted to just below the dual rear camera setup. The size of the sensor, however, feels too small in proportion to the handset itself.

The live images, first spotted on SlashLeaks, show an extreme bezel-less display on the Galaxy Note 9 with the top bezel appearing smaller than the one seen on its predecessor, Galaxy Note 8. A heart rate monitor is also seemingly present on the back of the smartphone. SM-N960U is the model number on this handset, coinciding with previous Galaxy Note 9 leaks.

Yet another spotting on SlashLeaks gives us a look at the purported press render of the Lilac Purple variant of the Samsung Galaxy Note 9. It has seemingly been procured from a Dutch website. This variant might get a Gold coloured S Pen, according to a recent leak. Apart from this colour, the Galaxy Note 9 is expected to arrive in Blue, Black, Brown, Lavender, and Grey. 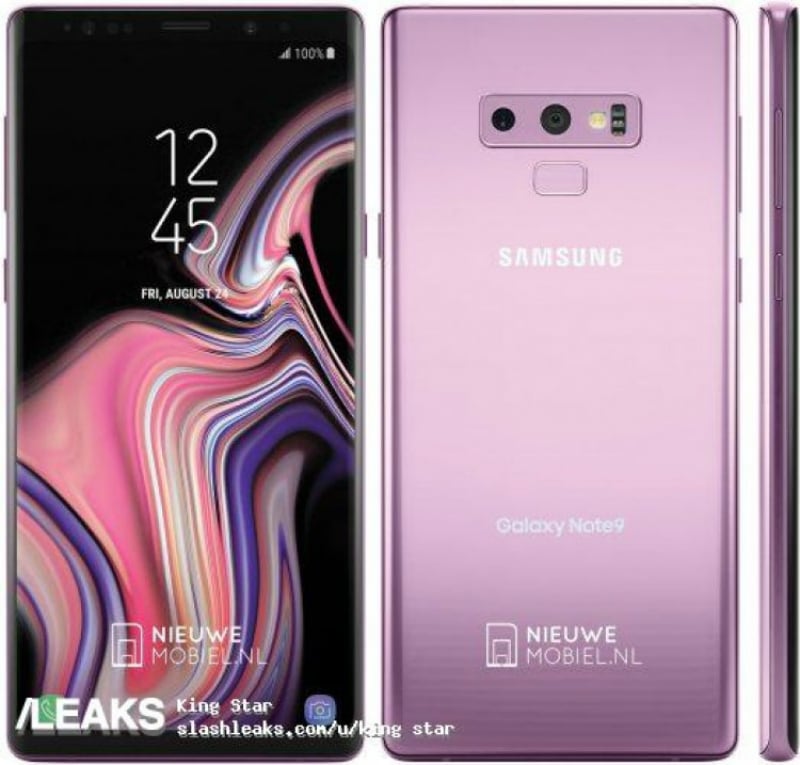 Samsung’s upcoming flagship phablet Galaxy Note 9 is expected to sport a 6.4-inch QHD+ Super AMOLED Infinity Display with an 18.5:9 aspect ratio. The smartphone might be powered by the upcoming in-house Exynos 9820 SoC, coupled with up to 8GB of RAM and up to 512GB of internal storage. There will most likely be a dual camera setup at the back, with primary and secondary sensor specification unknown.