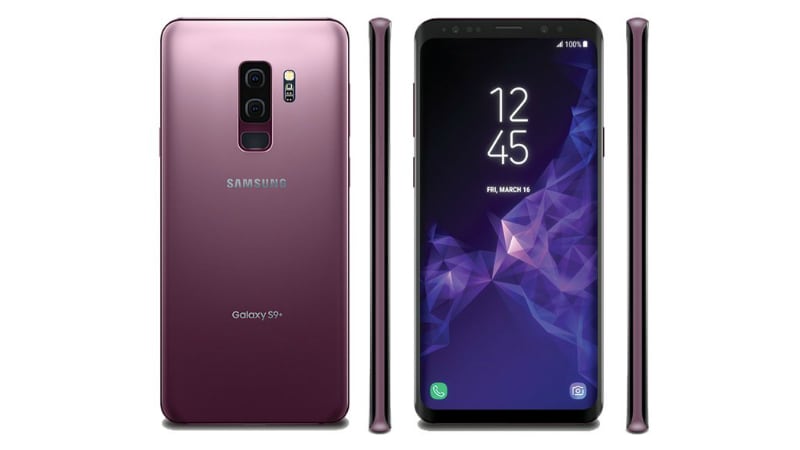 Samsung Galaxy S9 and Galaxy S9+ are all set to go officialon February 25 at the Galaxy Unpacked 2018 event in Barcelona. And leading up to the event, the leaks and renders continue to pour in and we get to witness new developments with each passing day. The latest press renders reveal the Galaxy S9 series in a new Lilac Purple colour variant. Separately, fresh leaks suggest the Samsung Galaxy S9+ will feature a yet-to-be-launched Sony IMX345 camera sensor.

Reputed tipster Evan Blass took to Twitter to reveal the Galaxy S9 and Galaxy S9+ in a new Lilac Purple variant, a colour that has not yet been seen on a Samsung S series smartphone. Blass claims that the phones will also be available in Midnight Black, Titanium Gray, and Coral Blue variants, apart from other limited edition ones.

The press renders suggest, once again, a single camera setup on the Galaxy S9 and a dual camera one on the Galaxy S9+. Apart from that, the renders also confirm the new vertical placement of the fingerprint sensor; an attempt by Samsung to make it more ergonomic to use than the previous-gen variant.

Separately, a tweet by Twitter user @MMDDJ suggests that the Galaxy S9+ will sport the Sony IMX345 camera sensor. Interestingly, Sony has yet to announce such a sensor, although Samsung’s flagship could be the first one to bear it. Apart from that, the tweet mentions that the 1/2.55″ IMX345 will have an aperture of f/1.4 and a 12-megapixel sensor. Notably, an alleged retail box of the Galaxy S9 had revealed that the camera would feature a variable aperture of f/1.5 – f/2.4.

The Galaxy S9 duo is expected to run Samsung Experience 9 based on top of Android 8.0 Oreo. The phone will be powered by the Qualcomm Snapdragon 845 SoC in US and China, and Samsung Exynos 9810 SoC in other international markets (including India). We are expecting the two phones to sport the same screen dimensions and battery capacities as their counterparts in the Galaxy S8 range.