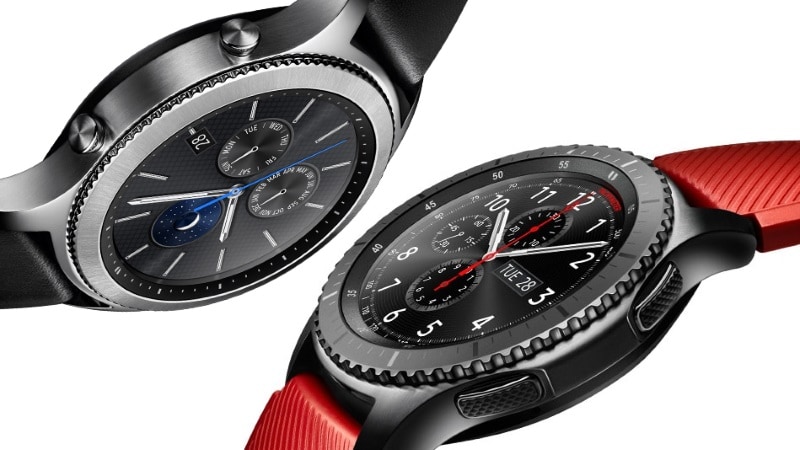 Samsung Gear S3 Smartwatch India Launch Set for January: Report
HIGHLIGHTS
Both variants of Gear S3 are expected to be launched in India
Exact date of the launch is not yet known
Pricing of the smartwatches has not been tipped
Samsung launched its new line of Gear S3 smartwatches in September at IFA 2016. The South Korean company launched the smartwatch in two variants – Frontier and Classic. As per a report, the company is now planning to bring its new line of smartwatches to India and will announce the official launch in January.

No exact date for the India launch of the Samsung Gear S3 smartwatches has been specified, but Sammobile reports the company is planning a January launch. The report suggests that both variants of the smartwatches will be launched in India but doesn’t say anything about the pricing.

The Frontier model of Gear S3 comes with a rather rugged outdoor look, while the Classic variant of the smartwatch has a more refined appearance. However, both watches sport large faces and seem to be aimed at male consumers.
Interestingly, the Frontier model of Gear S3 comes with a cellular radio chip that allows the smartwatch to connect to high speed 4G mobile networks. This means that the watch does not require to be tethered to your smartphone in order to connect to the Internet or make calls. This is a feature that is currently not existent even in market-leader Apple’s current generation of smartwatches – Apple Watch Series 2.
The Samsung Gear S3 smartwatches feature an always-on display, dust and water resistance, GPS, and a built-in speaker. The watches are further capable of making payments in the countries where Samsung Pay is available.