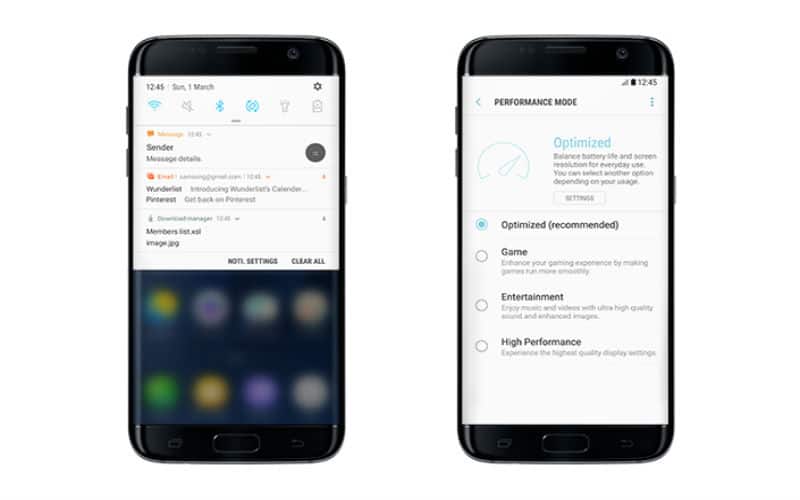 Galaxy S7 and Galaxy S7 edge users will see a new Quick panel design, as Samsung has removed the tiles from the icons in the panel’s first depth. Icons in the second depth are organised into groups of nine, making them easier to locate. Meanwhile, notifications are now grouped to display information more clearly and also support Direct Reply.

The update also brings support for multi window with an improved controller that basically allows the window size to be easily adjusted in the split screen view. Users can access up to seven apps at the same time. The performance mode, on the other hand,  allows users to optimise their smartphones accordingly by activating any of the four modes, including  Optimised mode to extend the battery life; Game mode to offer functions like Game Launcher and Game tools;  Entertainment mode to improve sound and image quality, and a High-performance mode to enable the highest quality display settings possible.

The Android Nougat update enables Samsung Pass that works as a master key for website login on Samsung Internet – the feature is now supported on the Galaxy S7 and S7 edge.

Samsung will also expand the Android Nougat update to other flagship devices such as the Galaxy S6, Galaxy S6 edge and S6 edge Plus, Galaxy Note 5, Galaxy Tab A with S Pen, Galaxy Tab S2 (LTE unlock), Galaxy A3, and Galaxy A8 in the first half of the year.