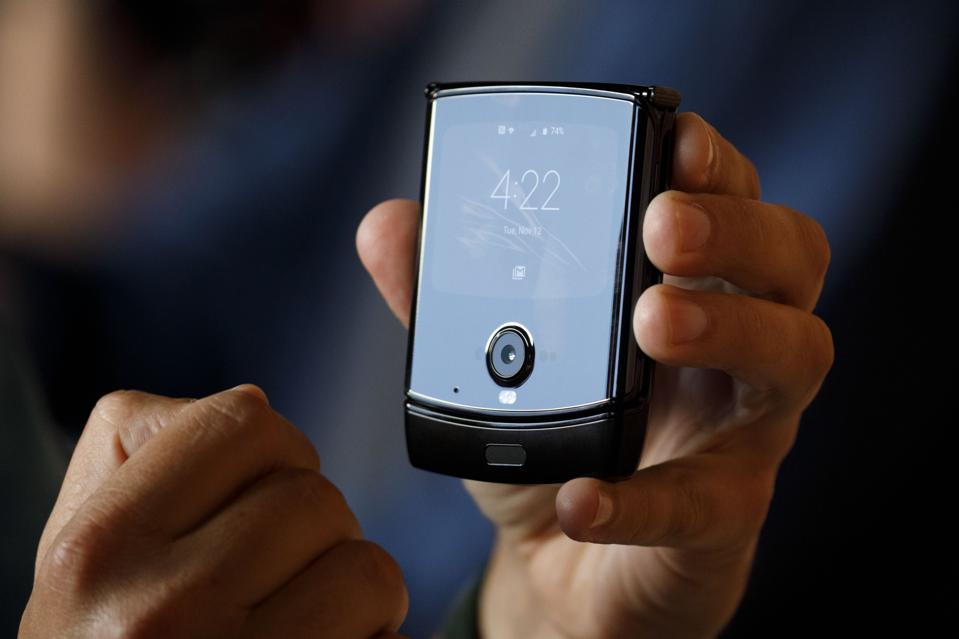 In December last year I wrote about how Samsung has to solve the Motorola Razr’s biggest potential problem: battery size. It looks like the Korean company may have done just that if the latest leaks are accurate.

The very nature of clamshell-style – flip up – foldable phones dramatically limits the size of the battery they can house. They’re small, compact devices that extend into bigger ones. And, since lithium-ion batteries aren’t (yet) flexible, manufacturers will have to find a compromise between bulk and battery life.

It looks like Samsung has either made a chunkier phone than Motorola or used some other form of technological sorcery to cram a bit more power into the Flip. Regardless of the obvious advantage this would give Samsung, it still has a battle on its hands – not least because of the nostalgic value that comes with Motorola’s Razr. So what else can the Flip do to see off  Motorola’s foldable phone?

Samsung isn’t afraid of directly taking on competition to gain a small advantage over a rival product. The long list of now discarded gimmicky features – and the dramatic iPhone-like design change in 2015 – are proof enough of Samsung’s willingness to duke it out in the mud.

Price, too, is an area it’s happy to compete on and I suspect the Flip won’t be any different. The original Galaxy Fold cost $2000, which Motorola undercut by $500 a few months later. The Flip could – perhaps should – cost less than the Razr, even if by a nominal amount. A report came out late last year that said Samsung’s Flip will cost under $1000 – I think that’s unlikely but I’m confident it will be cheaper than Motorola’s device.

The Art Of A Smart City

Competition in the foldable market has already started to crash prices and only three devices are officially out. There’s too big a potential market, especially for a company that can produce the first genuinely affordable foldable phone , for Samsung to pass up the opportunity to undercut its main rival.

It doesn’t just have to be the headline price that Samsung cuts, either. The Korean company happily bundles Spotify subscriptions or a free pair of Galaxy Buds with its phones during the holiday discount season. It could easily throw in one of its many accessories for free as an extra incentive.

Superior specifications and a lower price would put the Flip far ahead of the Razr, but Motorola does currently have a better repair and replacement policy than Samsung’s Galaxy Fold. Samsung’s replacement cost for the Galaxy Fold is $149, whilst Motorola is offering free, fast, replacements for damaged screens (provided its within warranty). Given how fragile foldable displays are, Motorola’s policy should be the minimum manufacturers offer – especially a company with the resources that Samsung has.

Samsung has another inbuilt advantage when it comes to repairs thanks to its Experience Stores. The Korean company already has a good repair infrastructure – Galaxy owners can have their devices repaired at home by a technician or take it into an Experience Store. But the Galaxy Fold isn’t listed as a device that can make use of those services – hopefully that changes with the Flip.

We’re in new territory with foldable phones and Samsung will need to be prepared to quickly fix and solve the inevitable displays issues that come up over the next year. A reasonably priced, fast and comprehensive policy is a necessity.