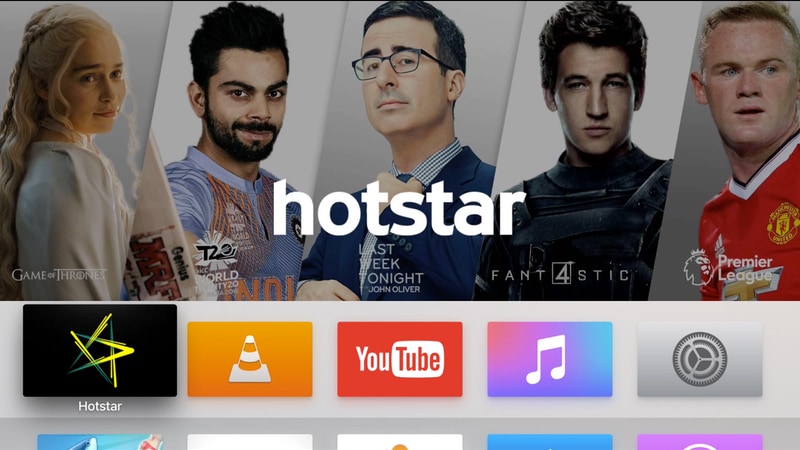 Last year, we had listed some reasons why Indians weren’t replacing their cable connection with Internet streaming video, also known as cord-cutting. The situation is comparatively better today; there are more content services than before, with some offering quality content at reasonable prices. Also, although Internet speeds still average a meagre 3.5Mbps in India, that’s 55 percent faster than last year.

If you’re thinking of cutting the cord, then the Apple TV 4th Gen. is still one of the best pieces of hardware to for the job, with plenty of apps to keep you entertained without a cable connection. If you’ve got an Apple TV, these apps will help you get the most out of it.

1) YouTube
Keeping YouTube installed on your Apple TV is a no-brainer. The app has an easy-to-use interface that will recommend content to watch based on your subscriptions and watching habits. It also shows feeds of recently uploaded content by channels you’ve subscribed to. But one big reason cord-cutters will appreciate the YouTube app is for the real-time streaming of some Indian news channels, something you miss when there’s no cable at home.

Although typing using the Siri Remote isn’t the easiest thing, search suggestions are spot-on after you punch in just a few words. You can also catch up to videos you’ve marked ‘Watch Later’, from any other device.

2) Hotstar
For months, this popular app didn’t support the big screen. But since August this year, Hotstar has finally enabled Chromecast support and launched a standalone app for the Apple TV, making it one of the essential apps to have. Why? Because for the reasonable price of Rs. 199 per month, you get access to a lot of HBO Original content including shows like Game of Thrones, Silicon Valley, Last Week Tonight, and more. Other than that, many of the shows that air on Star World also make their way here.

It’s not just English TV shows and movies that are on offer; Hotstar also has a reasonable variety of regional content and live sports streaming. You can browse content by type (TV, Movies, Sports) or there’s a channels view (Nat Geo, Life OK, etc). You don’t have to get a subscription if you don’t want to; you can watch content that isn’t tagged ‘Premium’, for free.

The current interface is not without some kinks though. For example, scrubbing precisely in a video is nearly impossible, and there’s no way to enable subtitles – something you can do on the mobile app. But given the price and the content available, it’s worth jumping through some of these hoops, with hopes that the company will improve the app UX soon. 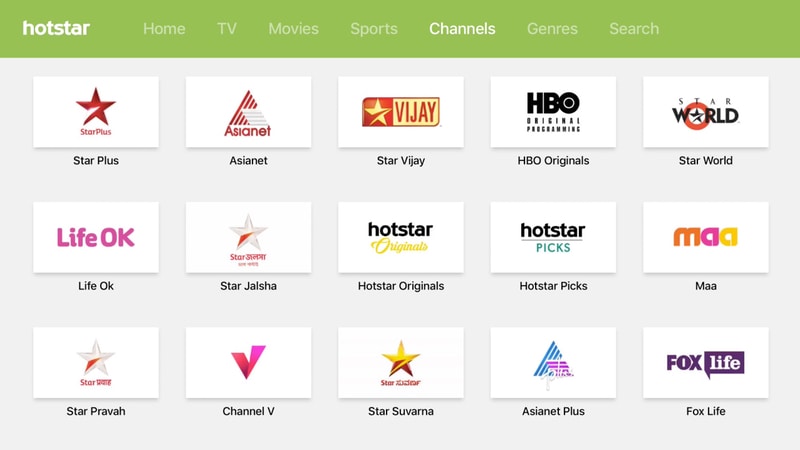 3) Netflix
The big daddy of streaming content has a high asking price of Rs. 650 a month for HD access, with no free tier. But if you value its high-rated originals such as House of Cards, Narcos, or Black Mirror, then you’ll also get a delightful user experience after ponying up. The interface is designed with multiple users in mind, which first asks who’s watching and then tailors the catalogue as per that user’s watching habits. It is really odd that no other app in this list has thought of doing this.

Netflix’s interface is also miles ahead of the competition. If you’re watching a TV show, it will queue up the next episode the moment the one you’re watching ends, and it’ll recommend similar shows when you have watched all the episodes. You can turn subtitles on or off any time with a swipe from the top of the Siri Remote touchpad, and you’ll find subtitles consistently available for most of the content. The bone to pick with Netflix in India has been the variety of content on offer, especially given the high subscription fee. Although the content offerings are better now, whether you should subscribe to Netflix after the first (free) month still comes down to personal taste. 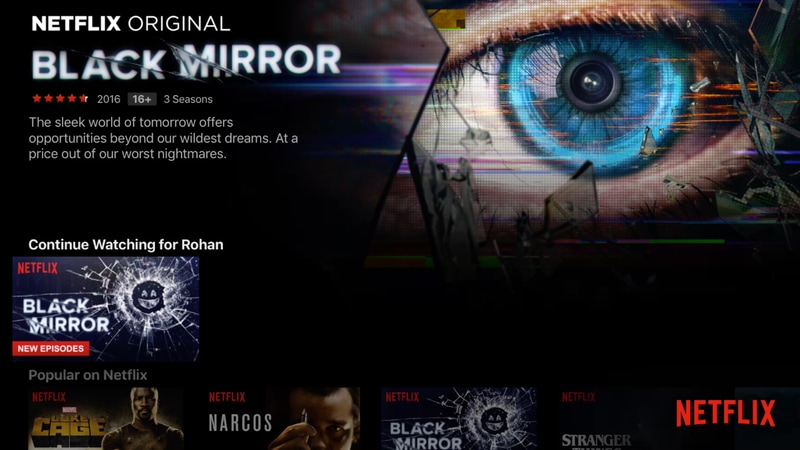 4) Reuters TV
The Reuters TV app is an interesting way to consume news when you want it, how you want it. The app starts by asking you how much time you have; you can pick between 10, 15, or 30 minutes. After making that choice, it will collate the latest news feeds from the news agency’s repository, and play it back for the period you have defined. You can also easily jump between news items in the rundown you’ve created. There’s also a ‘Featured’ section that bundles together multiple stories revolving around a single topic. Lastly, you can also view all the latest content in the ‘Live’ section of the app. 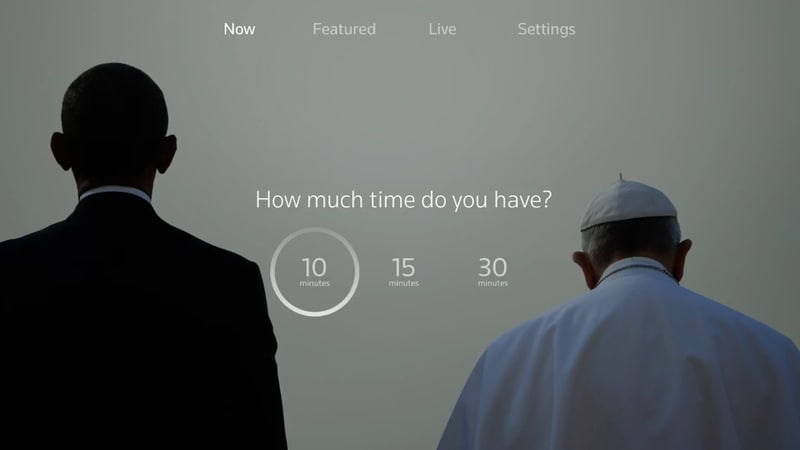 5) CNNgo
The CNNgo app plays back latest news reports from the famous television channel. Similar to the Reuters app, you can jump to different news stories at any point of time. The only drawback is that you can’t watch the live channel in India, as it requires you to link a US-based cable subscription. 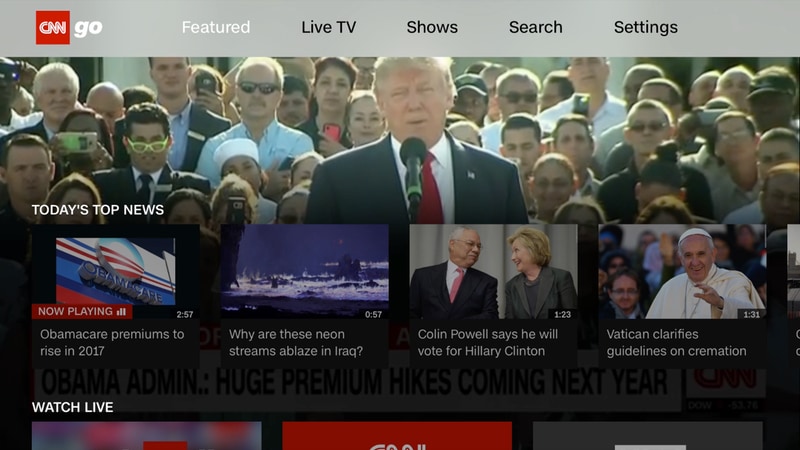 6) VLC Player
The ubiquitous media player is a useful app to have on an Apple TV. Any videos stored on your computer can be transferred to the device in a few steps. With a feature called ‘Remote Playback’, you can go to the IP address mentioned on the app using a computer that’s connected to the same Wi-Fi network. Drag-and-drop any video file onto that page, and the file gets copied to the Apple TV using the local network. The file is stored in the internal storage of your Apple TV (which starts at 32GB on the base model), meaning you can store multiple videos and then watch when you want to. Another nice feature is built-in subtitle downloading, where the app finds subtitles for your videos online, and you can download them with a single click. There are some downsides to the app though. There’s a very good chance of unintentionally scrubbing through a playing video if your hand happens to accidentally touch the Siri Remote touchpad. Also, files can only be temporarily stored in the app; as your Apple TV space fills up, the OS can remove those videos without any warning. If that wasn’t enough, there’s no way to delete multiple files at once, and deleting each file is a tedious three-click process. 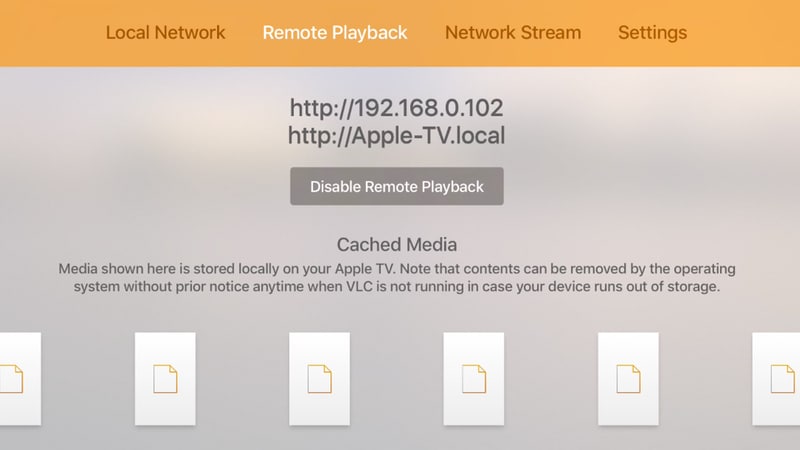 7) Plex
If you’re a user of the famous media server app Plex then you’ll be happy to know of the app is available for the Apple TV. This client app will work in tandem with a Plex Server app, typically installed on a computer, to play back all the media stored on it. The app beautifully showcases the media with artwork, categorisation, ratings and other useful features. There is a lot that the app does, and it’s one of the best ways to set up a media server for your local content. 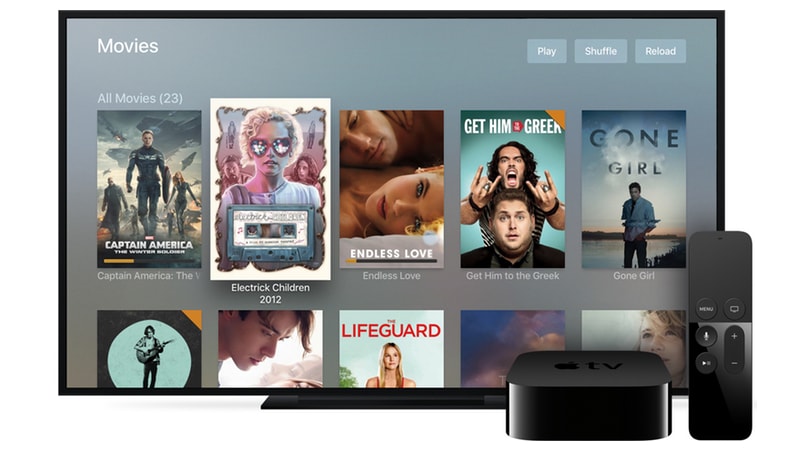 Bonus
These apps are pretty much essential for anyone with an Apple TV, but there were a couple of other apps we liked a lot as well. First up, there’s Eros Now, which has free Indian movies that you can start watching without paying anything. There are also free music videos and behind-the-scenes footage to consume. The base paid plan, called Eros Now Plus, starts at a very reasonable Rs. 60 per month to get access to the entire library. Eros Now Premium, at Rs. 120 per month, lets you stream all the content in HD and with subtitles.

Another app we like is Spuul. It also has free-to-view Indian movies, and the premium plan costs Rs. 150 per month to unlock viewing the entire catalog. There’s also a pay-per-view model where you can make a one-time payment to watch one movie (the built-in iTunes store in the Apple TV also has a similar offering).

Despite all these apps and services, cutting the cord isn’t a straightforward, seamless process yet. However, the situation is getting better, and if you too want to consume content when you want it, how you want it, then it is very doable today. Are you planning on getting rid of your cable connection? Do you use an Apple TV? Tell us what apps you have installed, via the comments.