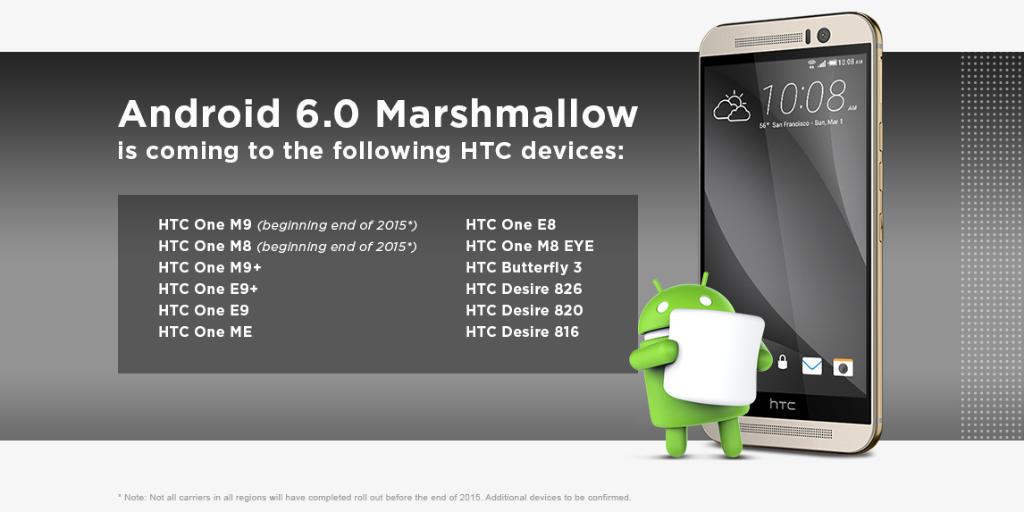 HTC released a list of smartphones that will receive an update to Android 6.0 Marshmallow. The Taiwanese manufacturer will begin rolling out the new firmware to HTC One M9 and HTC One M8 before the end of this year.

As far as HTC’s mid-range lineup goes, the Desire 826, Desire 820, and Desire 816 will also taste Marshmallow at some point in the future. More HTC devices devices will be added to the list in the days and weeks ahead.