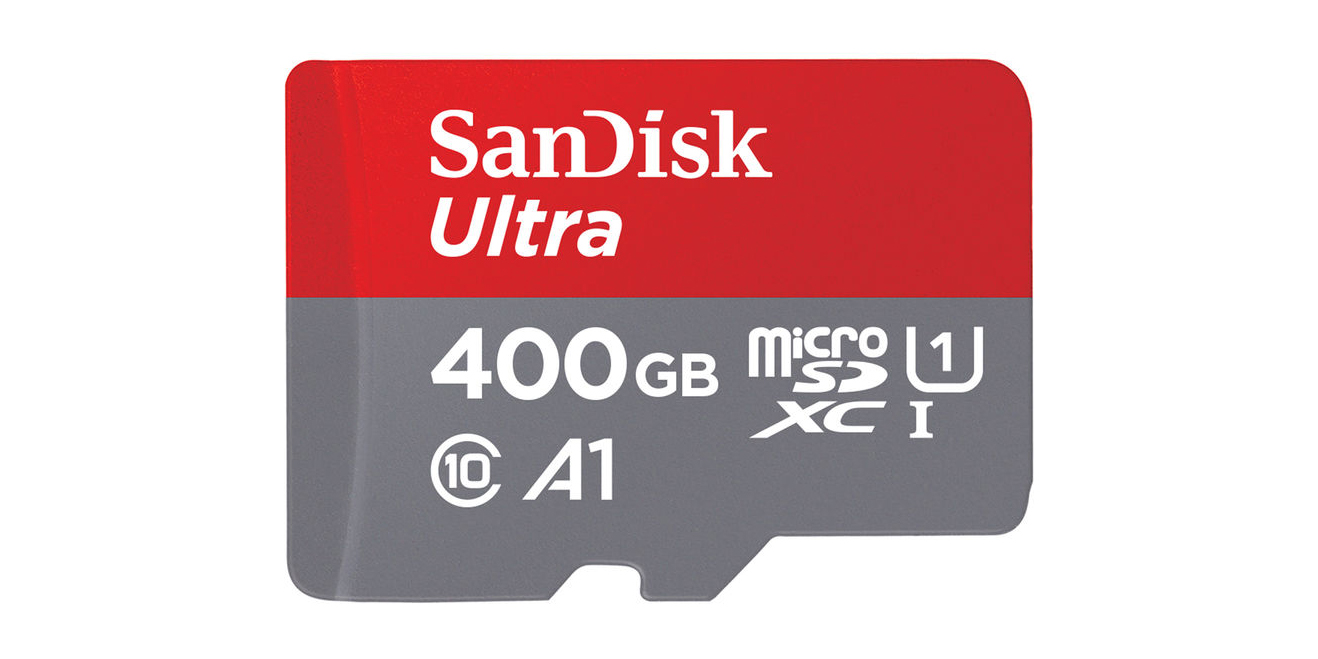 Tuesday’s best deals include a notable Amazon SanDisk Gold Box, LG’s G7 ThinQ Smartphone, and one of the latest wearables from Samsung. Head below the jump for all that and more in the latest 9to5Toys Lunch Break.

Amazon is offering SanDisk and Western Digital storage from $10. Our top pick is the SanDisk Ultra 400GB microSD card at $45. That’s down from the usual up to $60 price tag and a new Amazon all-time low. Notable features here include up to 100MB/s transfer speeds and a bundled SD card adapter. Ideal for adding substantial storage to your camera, Nintendo Switch, or Android device. Check out the rest of today’s sale here.

Amazon is currently offering the unlocked LG G7 ThinQ 128GB Android Smartphone for $400 in Aurora Black. While it originally retailed for $850, a price you’ll still find at Verizon, it’s more recently been selling for $500 as reflected at B&H. Today’s offer matches our previous mention for the all-time low, is only the second time we’ve seen it this low, and amounts to 20% in savings.

Headlined by a 6.1-inch display, LG’s G7 ThinQ smartphone runs Android Pie, sports a Snapdragon 845 Octa-Core CPU as well as 4GB of RAM and 128GB of onboard storage. Dual 16MP cameras are complemented by a rear fingerprint sensor as well as hands-free Alexa access. Plus with expandable storage, you can leverage an up to 256GB microSD card to store additional photos and other content.

Amazon currently offers the Samsung Galaxy Smartwatch 46mm for $280. You’ll also find it on sale at Best Buy and direct from Samsung. Normally selling for $350, today’s offer comes within $11 of the all-time low and matches the lowest we’ve seen otherwise.

Best Buy’s official eBay storefront is currently offering the HP 14-inch 2-in-1 x 360 Chromebook 1.1GHz/4GB/64GB for $339. Find it directly from Best Buy as well. Usually selling for $419, today’s offer is good for an $80 discount and the lowest we’ve seen to date. HP’s 2-in-1 Chromebook can easily convert into a tablet thanks to its folding 14-inch touchscreen display. It’s based around an Intel Pentium processor, and packs 4GB of RAM as well as 64GB of SSD storage. Plus, 10-hour battery life means the x360 Chromebook can keep up with work, taking notes in class, and more all day long. Sports dual USB-A as well as a single USB-C port.

Best Buy’s official eBay storefront offers the JVC 6.8-inch CarPlay and Android Receiver (V750BT) for $280. Also available at Best Buy. Usually selling for $480, today’s offer saves you 20%, is $20 under the previous price cut, and a new all-time low. Featuring a 6.8-inch touchscreen display, JVC’s CarPlay and Android Auto receiver is a must-have upgrade to your ride if you’re looking for enhanced smartphone integration. It notably makes keeping an eye on directions, music playback, and more a breeze while commuting. Rated 4.5/5 stars from just under 100 shoppers.

9to5Google also keeps tabs on all the best trade-in deals on Google Pixel, Samsung Galaxy, iPhone, and more every month. Be sure to check out this month’s best trade-in deals when you decide it’s time to upgrade your device. Or simply head over to our trade-in partner directly if you want to recycle, trade, or sell your used devices for cash and support 9to5Google along the way!