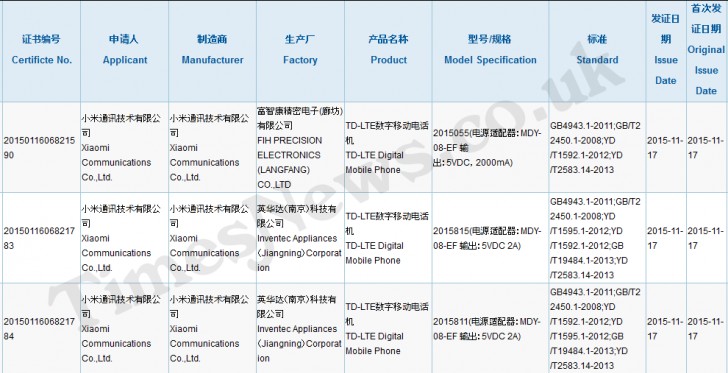 While no more information is available on these devices, reports say the the one with model number 2015055 is the the Mi Note 2 Pro, while the other two are the variants of the much-awaited Mi 5 flagship smartphone – which has been the subject of various rumors and leaks till now.

If you aren’t already aware, Xiaomi has scheduled a product launch event for next week. Speculations are rife that the Chinese company could announce the Redmi Note 2 Pro or the Mi 5 or the Mi Pad 2.