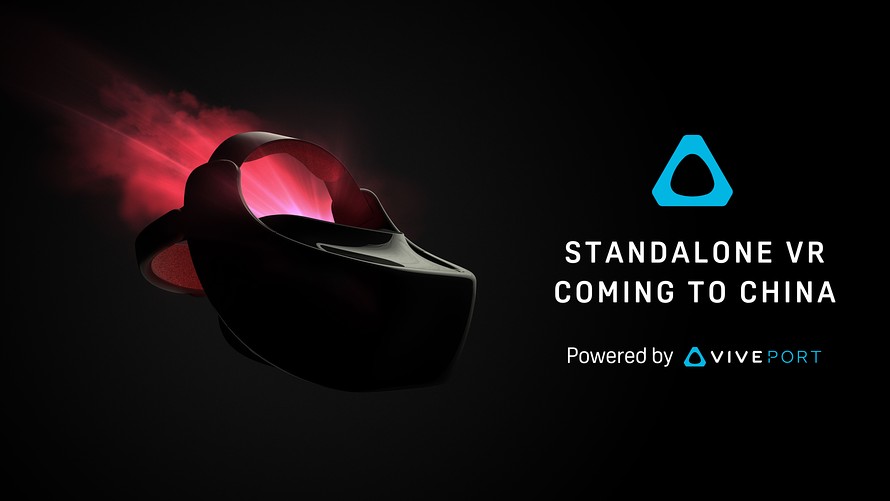 This marks the first major player in the virtual-reality space to officially reveal a standalone product intended for the broad consumer market. The benefits are that it’s more affordable and portable.

Standalone VR headsets differ from current options in two distinct ways. First, they are disconnected from a PC and don’t require an attachment to a desktop for processing or display output. The current HTC Vive and Facebook’s FB, +2.92% Oculus Rift require a high-end PC to play VR games and use HDMI and USB connections to power the headsets. This new standalone design also moves away from the slot-in design of the Samsung SSNLF, +0.91%  Gear VR and doesn’t require the user to monopolize their smartphone for VR purposes.

Though mobile-first VR solutions like Gear VR have existed for several years, selling on the market before the PC-based solutions were released, the move of Taiwan-based HTC from tethered virtual reality to a wireless standalone unit signals a shift in the market. Consumers see the value and quality experiences that VR can provide but the expense and hassle of in-place configurations have stagnated adoption.

HTC is using the Qualcomm QCOM, -1.22%  Snapdragon 835 Mobile Platform to power the Vive standalone VR headset, the same chipset used in many high-end smartphones on the market today.

Qualcomm and HTC can modify traits of the processor to improve performance without worrying about the sensitive battery life of a consumer’s phone. Though we don’t know the specifics of what HTC might have modified for the configuration of this standalone unit, it likely is a mirror of the Qualcomm Snapdragon 835 VR hardware development kit that was announced in February.

That design includes the capability for six degrees of freedom tracking (moving around a space accurately without external sensors), high-resolution displays for each eye, and a full suite of graphics and digital signal processors to handle the complex workloads of VR experiences.

Though HTC is the first to announce a complete standalone VR product, HTC and others intend to release standalone units in the U.S. later this year through Google’sGOOG, -1.45%  Daydream program. Beijing-based Lenovo plans to build a VR headset using the same Qualcomm reference design for the Daydream platform.

Facebook-owned Oculus of Menlo Park, California, has not officially announced its intent, but rumors in July point us to another Qualcomm-powered headset that will sell for around $200. Facebook plans to reveal the hardware in October.

HTC’s decision to target the China market first is driven by its ability to promote its custom Viveport software store in a region that does not offer Google services like the Android Play Store or Daydream. HTC will leverage a customer base that is larger than North America and Western Europe combined, and one that is expected to grow rapidly.

Growth in VR and AR (augmented reality) is driven by consumer markets, but it is the enterprise implementations that provide the push for expanded usage models. Medical professionals already use VR technology to analyze data, and mechanical engineers can dissect and evaluate models of products in a virtual space to improve and speed up workflows. Target fields also include factory workers, emergency personnel, the military, delivery drivers and nearly all facets of business.

As VR technology improves usability, comfort and general societal acceptance, the merger of virtual- and augmented-reality hardware will create a new age of connected consumers.

Ryan Shrout is the founder and lead analyst at Shrout Research, and the owner of PC Perspective. Follow him on Twitter @ryanshrout.