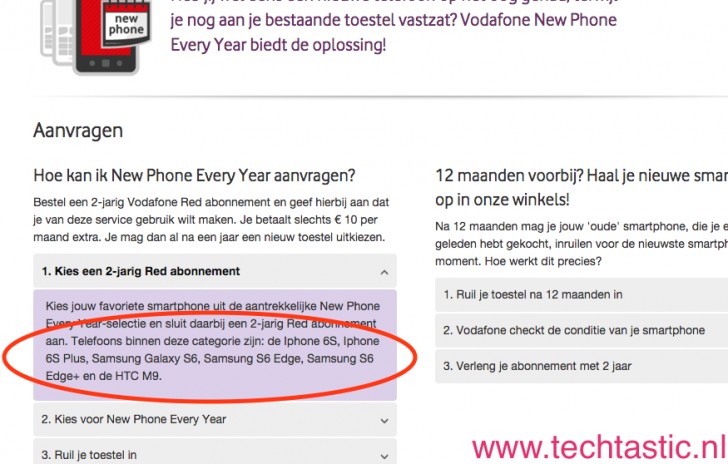 In a reveal that will surprise absolutely no one, the iPhone 6S and iPhone 6S Plus names have been inadvertently confirmed by the Dutch Vodafone on the “New Phone Every Year” page.

The iPhone 6c was not mentioned, the hypothetical return to 4″ iPhone models. Now, the latest hearsay is that the 6c is unlikely anyway and this does little to change that.

The other interesting tidbit from this reveal is the capitalization of the “s” – Apple used a capital letter in the 3GS and 4S, but then switched to lowercase for the 5s. We’re not sure why someone cared enough to do that change, but either Apple is going back to uppercase or Vodafone misspelled the new models (the more likely option as “Iphone” isn’t correct either