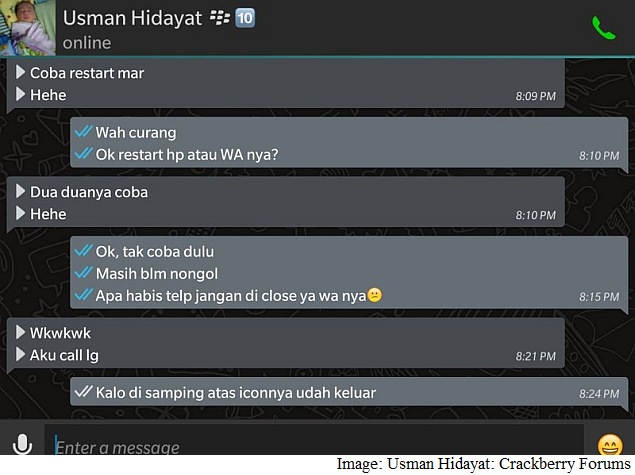 Following the start of the rollout of voice calling to iOS users last week, WhatsApp over the weekend began rolling out the feature to BlackBerry 10 users.

WhatsApp Calling is available with v2.12.1.2 of the WhatsApp app for BlackBerry 10, however, the updated app is not yet available via BlackBerry World in India, which lists 2.12.31 as the latest version. It should roll out soon however, as some users received the updated app as far back as Friday.

Crackberry lists the changelog of the app via the BlackBerry World store, and also notes that most of the features including voice calling were already available for users of the latest beta app builds.

WhatsApp Calling is now available for Android, iOS, and BlackBerry 10 users. Windows Phone too is due to receive the feature, as the company revealed earlier this month via a support team email to a user. The team revealed the feature was “still in the works” for the platform, and that it could not provide an exact time-frame for the release