While we already know that the Xiaomi Mi 4c – which is set to be unveiled on September 22 – features a 5MP front camera, the Chinese company’s president and co-founder, Lin Bin, recently took to Weibo to tell us how great it is. 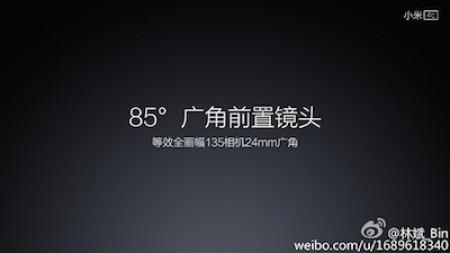 According to the images posted by Bin, the Mi 4c’s selfie shooter will feature an 85-degree super wide angle, making it equivalent to 24mm wide angle camera, which effectively means that it will be able to cover 6-7 people in one shot. It was also revealed that the handset will also come with a self timer option. 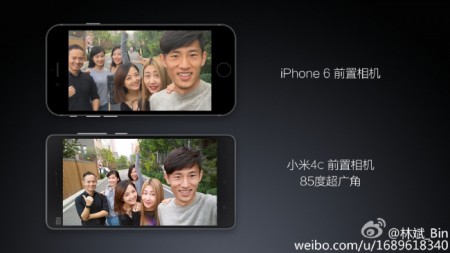 One particular image shared by him (see above) compared a selfie taken by the Mi 4c with the one taken by the iPhone 6, making a point that their upcoming handset covers more area than the Apple’s device. It’s worth mentioning that the iPhone 6 sports a 1.2-megapixel front camera. 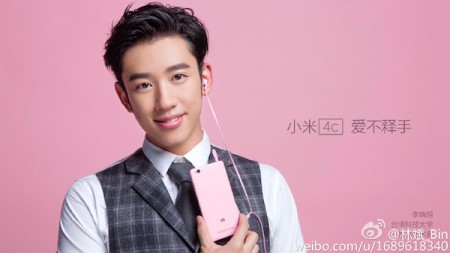 Lastly, another image shared by Lin Bin confirmed that the Mi 4c will also come in a pink color option.