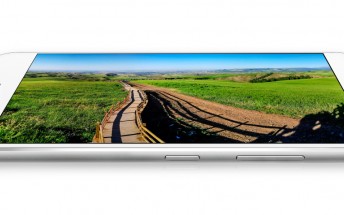 The Lenovo ZUK Z1 has started selling in Europe. The first countries to get the first phone from Lenovo’s sub-brand ZUK are Spain, Italy, France, Germany and UK.

Amazon is currently among the first to offer the ZUK Z1, which is priced at €299.99. The company says it achieved great success with its flash sale events on Amazon Italy and Amazon Germany. ZUK has also been rolling out the Z1 in Southeast Asia and the Middle East via online stores.

For the price, the ZUK Z1 offers a 5.5″ 1080p display and runs on the Snapdragon 801 chipset with 3GB of RAM. The rest of its specs include a 13MP main cam, an 8MP selfie snapper, 64GB storage, LTE connectivity, a fingerprint scanner and a beefy 4,100 mAh battery. There is also a USB Type-C port.

The phone is also anticipating an Android 6.0 Marshmallow update in early 2016. We’ve already put the ZUK Z1 through our review gauntlet, so make sure to check it out.