A Samsung mobile phone – which is said to be the successor to the Galaxy A7 smartphone that was launched early this year – has been certified by the Bluetooth Special Interest Group (SIG), indicating an imminent launch. 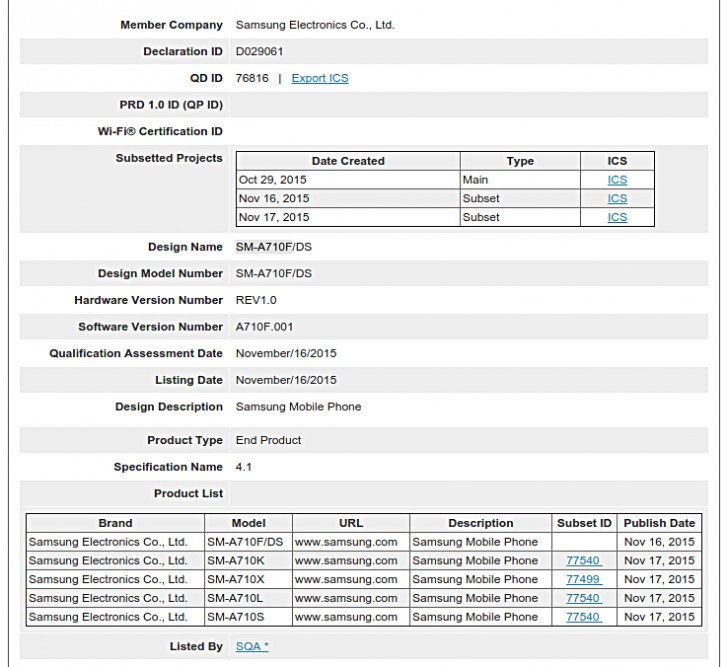 As you can see in the screenshot above, several variants of the device have been listed on Bluetooth SIG’s website, including the SM-A710F/DS, SM-A710X, SM-A710S, SM-A710K and SM-A710L. Keep in mind that the device is alleged to be the Galaxy A7 successor due to its model number SM-A710F, which is quite similar to the SM-A700F model number the A7 carries.

This comes just a few weeks after the next-gen Samsung Galaxy A5 received Bluetooth certification. Said to be sporting a premium build, both Galaxy A5 (2016) and A7 (2016) also had their live photos leaked a couple of days ago.